The Last End: Perspective on the Cost of Curling

There is no doubt that the 2010 Olympic Winter Games was the most successful event ever for the sport of curling in all of North America. 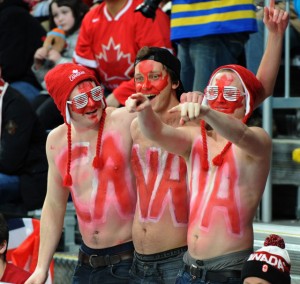 It was the fourth time in Olympic history that curling was a full-medal sport, but it was the first time that the curling venue was full to the rafters for each and every draw. So, you ask, what happened in Vancouver to make it all come together? Interestingly, I think a large portion of the crowd were people who applied for a number of Olympic tickets and just happened to get curling. This was obvious, especially in the early going, when the crowds were rowdier than any I’ve ever seen at a curling event. In my opinion, that was because most of them didn’t understand the fan ethics of the sport, never mind the rules. But as the event progressed, so did the size and enthusiasm of the crowds. And before the Olympics were over, scalpers standing outside the venue were asking for and getting up to $500 a ticket for the men’s gold-medal final. 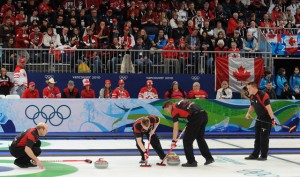 And keep in mind that tickets were already pricey by curling standards. The retail price of a single ticket for all of the men’s and women’s games — 22 draws — ran at just over $1,800. Compare that to the Tim Hortons Brier, where a full-event ticket, and the best seat in the house, costs about $1,300 less. And for a gold-medal game, Olympic scalpers were getting $500 a ticket, the price of the best ticket in the home end for an entire week at the Tim Hortons Brier! One of the biggest problems facing curling today, and in the future, is the seemingly frugal nature of the average curling fan. The costs associated with running an event — arena rental, advertising, beer, box-office charges, to name but a few — go up every year, yet the charge for a weekly ticket has stayed relatively the same; and any attempt to increase the price is met with resistance. When it comes to buying a beer at a hockey game, fans seem more than prepared to pay the more than $8 that many venues charge. But to ask anything above $5 in a Brier Patch, where the CCA on average pumps in more than $500,000 in facility rental, sound, lighting and entertainment, is met with blanket criticism. This also is reflected in the operation of most of Canada’s curling clubs, where it is not uncommon for a year’s curling dues to be the equivalent of what it costs to play two rounds of golf at the best course in the region. And what many golfers spend on a set of golf clubs would pay for a lifetime of curling equipment. But for some reason, it seems curling clubs are constantly trying to “out-cheap” one another and it is common for a league to jump from club to club to save a few dollars on dues. This would never happen in golf, or most major sporting activities for that matter, because people in the industry protect each other. The frugal approach is nothing new to curling. Back in the days when I was representing a reputable curling broom manufacturer of the day, examples were abundant. I remember selling curling brooms to a club for $5 each and then watching the club mark the price up by only $1 to a retail cost of $6. When the brand grew in popularity and demand increased, we expanded our business into the major chain stores. But outlets like The Bay and Canadian Tire had no interest in working on a 20 per cent margin. So we had to develop a two-tier pricing structure, with the curling clubs buying product at $6 and the chain stores at $4. The chains marked the brooms up 100 per cent to $8 and, with some pushing, the clubs agreed to a 33 per cent margin and the same $8 price. I know this is an isolated example, but many more exist. Just look at the price of a beer in the average curling club, or what it charges for a good meal. Many of Canada’s curling clubs are strapped for cash as the costs of everything involved with operations continue to rise. But members’ dues seldom go up and when they do, they don’t go up proportionately. The Vancouver Olympics, with millions of Canadians watching, has increased the profile of curling more than anything before. Thousands of new people have an interest in becoming involved and most of them, as proven by ticket prices in Vancouver, are prepared to pay what the sport is really worth. The challenge now rests with curling clubs and the curling community to determine how to change a mindset that has haunted curling for at least the last 50 years. The Last End is written by Warren Hansen, the CCA’s Director of Event Operations and Managing Editor of Extra End magazines.