He’s a three-time world champion, a three-time Brier champion, and the only guy who has played in more Canadian men’s curling championships is his older brother, for whom he used to play. 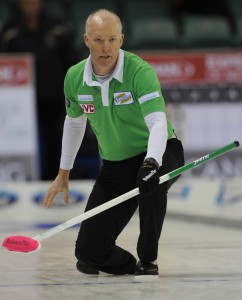