Christmas and Curling Go Hand in Hand for the Scotties

The 2012 Scotties Tournament of Hearts float was all decked out for the festive season November 22nd as the streets of Red Deer came alive with the sights and sounds of the Annual Christmas Parade. 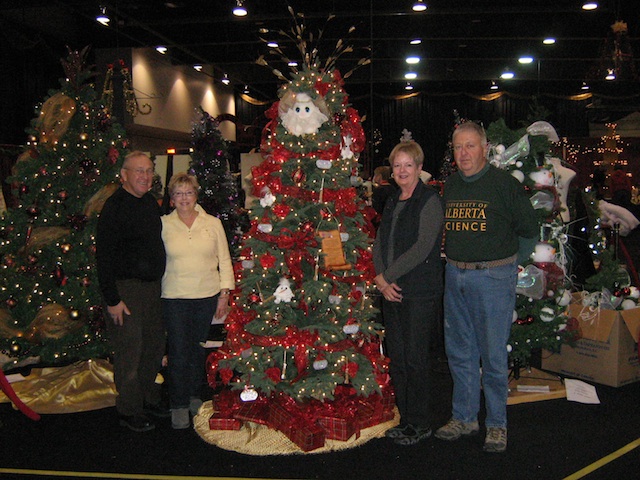 Event volunteers put in long hours decorating the float and came out to walk the parade route along with the lovable Little Softie – the popular Scotties mascot. The parade marks the opening of the 18th  Annual Festival of Trees, running until Sunday, November 27th.  A special tree, decorated in Scotties style, will be one of many items up for auction.  The successful bid also receives tickets to the 2012 Scotties and great donations from event sponsors including Kruger Products, the Sheraton Red Deer, Studon Electric & Controls, Tim Hortons, Save-On-Foods, Red Deer Bottling and Amarula Cream Liqueur. One of the festival highlights is Candy Cane Lane featuring all kinds of children’s activities.  Volunteers will be there November 25th to 27th hosting the Kurling Game for the kids… and, handing out Scotties tattoos to all who take part. It’s a busy season for the volunteer team who will also partner with the Co-operators at the Scotties booth for Friday’s Red Deer Rebels hockey game – and will be back for another weekend at Bower Mall promoting the Rocks in Your Socks ticket package – including a pair of seats to one of the first 17 draws for just $39. “You Gotta Be There” for the 2012 Scotties Tournament of Hearts, February 18 – 26 at Westerner Park.  Pick from the best seats in the house just by clicking here.