Wang Will Be in Langley with Team World

It was 2001 when Bingyu Wang first picked up a curling stone… but it certainly didn’t take the young Chinese skip long to pick up the game. 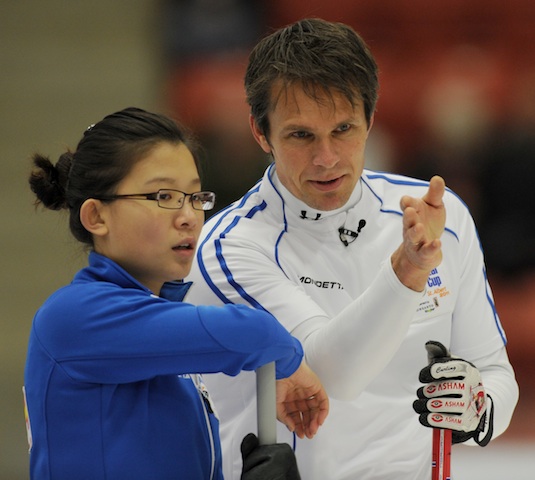 In just over 10 years Wang has made an indelible mark on the international curling scene.  Since 2005, she has competed for her country in six world women’s curling championships – winning the gold medal in 2009, silver the preceding year and a bronze in 2011. But when it comes to national pride, the most notable honor to date may be the bronze medals the team took home from the 2010 Olympics in Vancouver.  While it may not have turned into a golden moment, it did represent China’s first medals in curling – as well as team competition in any sport – at the Winter Games. Wang returns to the lower mainland of British Columbia for a third appearance on the Team World roster at the 2012 World Financial Group Continental Cup of Curling.  She’ll be joined by Yue Sun, Qingshuang Yue and Yan Zhou January 12 – 15 at the Langley Events Centre to take on Team North America in one of the most entertaining events on the international curling schedule. “You Gotta Be There” to see North America’s best take on the rest of the world!  And some of the best seats in the house are available right now just by clicking here.