Keely Brown got her start in curling a very young age – watching her parents in their Sunday morning game. “Both of my parents were already curlers,” she says about those early days in Calgary, “and I was brought to all their Sunday morning league games and had to just watch them for a couple years. Then once I was old enough, I got to try it out for myself!” 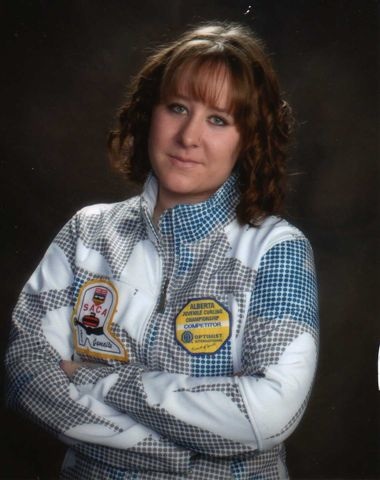 She must have picked up a few tips, because she’s gone on to become one of Alberta’s outstanding junior curlers, winning the gold medal at the 2008 and 2010 Alberta Winter Games, and finishing second in the 2011 playdowns. She also came in second at provincials for the U-18 Optimist International Juvenile playdowns in 2011. Brown is working towards her coaching certification, and she used to volunteer in the Saturday morning junior program at the North Hill Curling Club in Calgary – until bonspiels took over her weekend schedule. As a nursing student at the University of Alberta, she moved to Edmonton and currently plays out of the Saville Sports Centre. Her team recently had a memorable moment: at the Leduc Canadian Tire Junior Bonspiel on November 4th, they scored an elusive eight-ender. Birthplace:  Calgary, Alberta Hometown:  Airdrie, Alberta Curling Club:  Saville Sports Centre, Edmonton Alberta Current Team: Team Brown Position:  Skip Delivery:  Right Nickname:  KB Quick Hits with Keely Brown Do you have any superstitions? “Sometimes! If I notice that I did something or my team did something prior to winning a game or going on a winning streak I try to keep doing whatever it was. Last season it was stuff like the specific songs and order that I would listen to warming up.” Three people, living or not, whom you would invite to a dinner party. “John Lennon (before his really extreme peace days though), Ellen DeGeneres and my sister because she would want to meet them too.” If you could be a star in any other sport, what would it be, and why? “Honestly nothing even comes to mind. I just want to curl.” If you could change any rule in curling, which one would it be, and why? “I wish all games would be 10 ends long. It lets you have a chance to come back from that one bad end.” What music do you like to listen to before a game? “Usually whatever is new on my iPod and Cinderella Man by Eminem.” Favourite: … Website?  “Facebook” … Order from Tim Hortons?  “Large Earl Grey tea with two creams” … Vacation destination?  “Nova Scotia” … Junk food?  “Doritos” 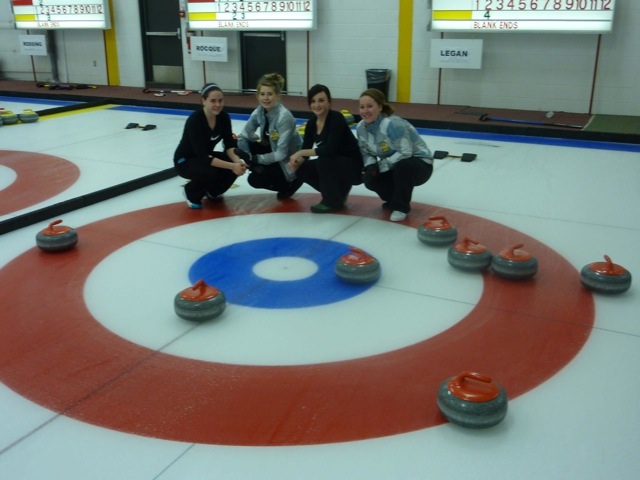 Do you have any pet peeves (and you are NOT allowed to say “filling out questionnaires!”)? “When someone’s tag is sticking out or their sleeve is rolled up weird. Or if someone says something that you don’t quite hear but then replies “oh nothing” or “never mind”.” Three things you always travel with? “My phone, a book and my iPod.” First thing on your Bucket List? “Travel Europe, especially Switzerland and France.” Favourite pastime between draws? “My team is big on napping, not going to lie; we also LOVE playing Dutch Blitz (card game), and hanging out with other teams. Oh and we eat a lot too.” One thing most people don’t know about you? “I love collecting movies and going to the theatres whenever I have time! I own a lot of movies for someone my age!” What is the biggest misconception about curlers? “That each player has only one role! So one person only sweeps, one person only throws and one person only yells. Although I guess I don’t help this out, sometimes when people ask, “So which one are you?” I just say “Oh yeah, I’m the yelling one.”” Your ideal shot to win an Olympic gold medal: “Well IDEALLY wouldn’t we all love a draw to anywhere in the house, or have a completely open take-out? But if we’re talking more along the lines of super-sweet-impressive Olympic gold medal win, let’s say out-turn draw to the button.”