They call him “Flex” – and for good reason! St. John’s curler Felix Green, a native of Middle Cove, Newfoundland and Labrador, has earned his nickname by being a versatile athlete on and off the ice. Competing at the 1979 Canadian Games for the Physically Disabled in Vancouver, B.C., Green won a gold medal in the 100m Backstroke, a silver medal in Wheelchair Slalom, and a bronze in the 100m Freestyle. This performance followed his 100m backstroke gold medal in the 1978 Games in his hometown of St. John’s. Since then, he’s added wheelchair curling to his repertoire, representing Newfoundland and Labrador at the 2009, 2010 and 2011 Canadian Wheelchair Curling Championship as second on his provincial team, along with skip Joanne MacDonald, third Darlene Jackman, lead Lanie Woodfine and coach Leslie Anne Walsh. 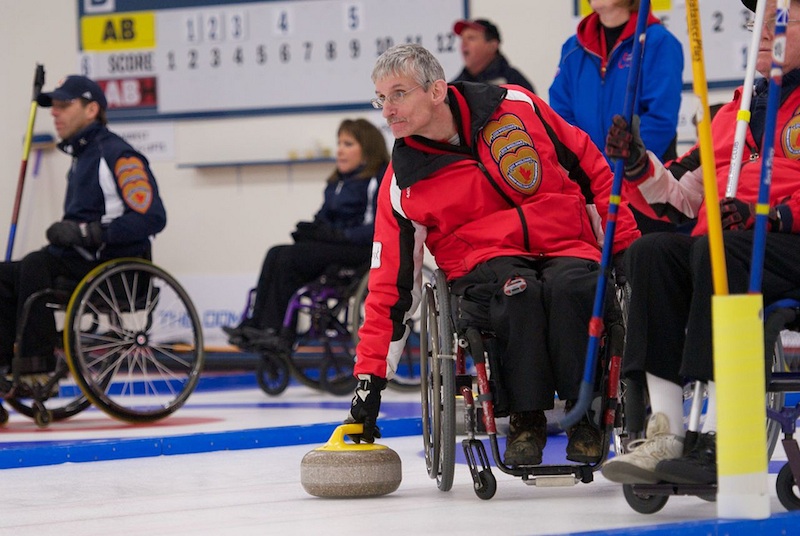 Birthplace:  St. John’s, NL Hometown:  Middle Cove, NL Curling Club:  RE/Max Centre – St. John’s Curling Club Current Team:  Team MacDonald Position:  Second Delivery:  Right Nickname:  Flex Quick Hits with Felix Green Do you have any superstitions? “I wouldn’t live at any numbered house 666 on any street!” Three people, living or not, whom you would invite to a dinner party. “Terry Fox, Ken Dryden, Nelson Mandela.” If you could be a star in any other sport, what would it be, and why? “It would be hockey because players make a load of money and are in really good shape!” If you could change any rule in curling, which one would it be, and why? “The amount of time to curl a wheelchair curling game as I always feel I’m rushed to complete a shot at our Nationals.” What music do you like to listen to before a game? “Any popular Rock and Roll music!” Favourite: … Website?  “Facebook” … Order from Tim Hortons?  “Double Double” … Vacation destination?  “St. Lucia” … Junk food?  “Pepsi and Flakies” Do you have any pet peeves? “To be behind a slow driver!” Three things you always travel with? “Laptop, IPod, and toothbrush.” First thing on your Bucket List? “To see a Game 7 of a NHL Stanley Cup Final.” Favourite pastime between draws at spiels? Cards (which game?), TV, napping? “Hanging with other curlers.” One thing most people don’t know about you? “I was a national champion in swimming.” What is the biggest misconception about curlers? “They are not serious athletes!” Your ideal shot to win an Olympic gold medal: “Double takeout  to win the game by 1 point.” 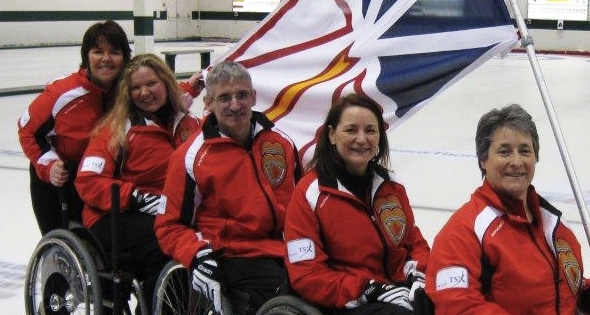