Youth Olympic Dreams: On My Way to Innsbruck!

As I write this, I am sitting at the Toronto airport, looking out at a plane I will soon be boarding for my journey to Innsbruck, Austria. It’s crazy to think that this is the last flight I will take with my teammates. It feels like just yesterday that we were all meeting each other in Regina for the first time. I wouldn’t trade this moment for the world. 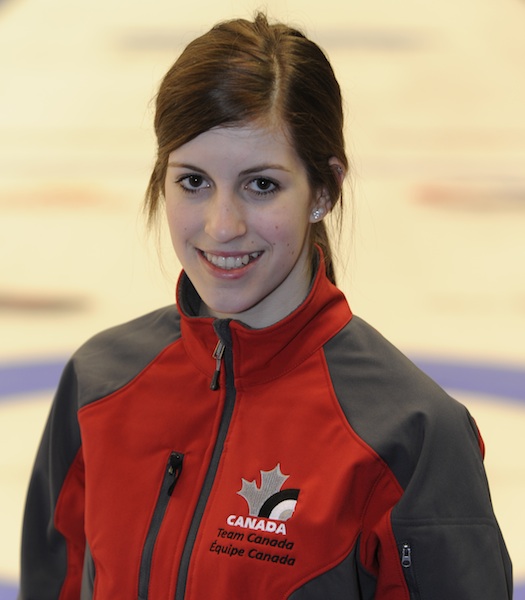 Emily Gray is off to represent Canada on the curling ice at the Youth Olympic Winter Games in Innsbruck, Austria (Photo H. Radford)

The past few weeks have been busy. Between getting those last few workouts in at the gym, to practicing on the ice with my mom, and writing an exam, I haven’t had too much time to slow down. I did play in my provincial finals last week, though, and we came second, which was fantastic. Yes, it was disappointing at the time, but it is probably a blessing in disguise because I would have only had a week between the Youth Olympic Games and the national junior championships.  I have no doubt that we will come back even stronger next year and take the province! Over the last two days, I think I have been giving my mother a heart attack with all my procrastination. I only started packing Saturday morning. And, to make matters worse, the Skins game between Kevin Martin and Kevin Koe was on TV. So, downstairs came two suitcases, a basket full of clothes, and a bunch of other random stuff that I would be needing in Innsbruck. The living room was an absolute mess, but I did get to watch my game! This morning, I woke up bright and early and finished packing. I knew my mother’s nerves were running short, so I did what she told me to (most of the time) and finished everything up. We even left the house 15 minutes before we wanted to, which I believe is a new record. Once we got some last minute visits done, we headed to the Charlottetown airport. There, I met my fellow Island athlete, Sam Walsh, who is the goalie for the Canadian hockey team at the Youth Olympics. It was pretty cool saying good-bye to our parents, because it wasn’t just a good bye: it was a “See you in Innsbruck!” Even as I sit here in the airport gate, I still cannot believe that this is me, that I am leaving for Innsbruck in a mere two hours and embarking on the trip of a lifetime. This will be an experience I will never forget, and one that I cannot wait to live! Follow the progress of Canada’s Youth Olympics curling team – Emily Gray, Derek Oryniak, Corryn Brown and Thomas Scoffin – on Curling.ca from January 14-22.