Around the House: Collingwood Curlers Meet the Challenge

They’ve been curling in Collingwood since 1881, thanks in great part to the enthusiasm and hard work of its volunteers since those early days. Collingwood is a picturesque holiday town nestled in the Georgian Triangle of Ontario’s cottage country. The streets bustle – summer and winter – with locals and visitors who seek out the sandy beaches of Georgian Bay or the ski slopes of Blue Mountain. The town’s Scottish settlers wanted to curl, of course, and so the Collingwood Curling Club began its connection with the Ontario Curling Association in 1881.  By 1925, the club had 300 members. After fire destroyed two buildings in succession, Collingwood CC moved to its current Hume Street location in 1948. 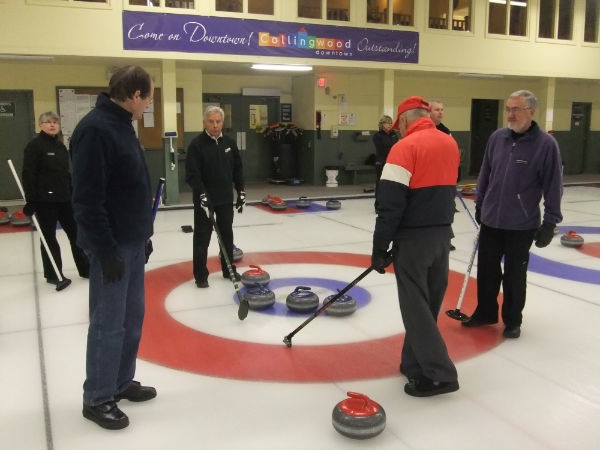 It’s a labour of love in Collingwood, a club that prides itself on volunteer involvement and working together. In 1953, club members installed their first artificial ice plant, pouring the cement floor themselves using wheelbarrows. Thanks to a 2001 Ontario Trillium Foundation grant, the club expanded its facility from five sheets to six and completed a major upgrade. A great facility and lots of ice: the club should have been thriving, but instead, membership was dropping. In the mid 1990s, the club hit an all-time low of just 75 members, and by 2001, the numbers had reached only a disappointing 120. But change was in the air. “Collingwood experienced a shift from manufacturing to the service sector supporting the recreational industry,” explains Susan Le Feuvre, who sits on the club’s Board of Directors. “This brought an influx of active retired people to the community who have time to curl as well as volunteer.” And so the transition began.  As more retirees moved to town, the curling club began to grow, benefiting from the energy, enthusiasm and know-how of its new members looking for an active lifestyle. Currently, 66 per cent of the club’s membership is over the age of 60, with 17 members older than 80. 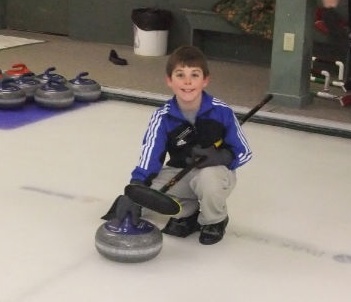 Continuing in Collingwood’s tradition of using its strong volunteer base, the club began to reinvent the way it offered its curling programs, especially to new curlers. “A key strategy to increase the membership was to dedicate 50 per cent of the ice scheduling to Jitney curling,” says Le Feuvre, referring to the time-honoured approach of creating teams from the group of curlers who show up to play that day. “As new members develop their skills and gain confidence, there is a gradual move into the draws, including mixed, men’s and women’s.” That approach might not work at every club, but Collingwood CC, with its distinct demographic, responded right away. “Jitney curling is very popular because it allows flexibility for members to ski, babysit grandchildren, attend appointments, travel and curl in the daytime,” explains Le Feuvre. “On a ‘good ski day’ our numbers are down in the rink but on a ‘good curling day’, the sheets are packed with eager curlers.” But the club serves other segments of the town’s population as well. A business league attracts 22 teams for a weekly game on Wednesday evenings. Two high schools and an elementary school now bring the kids out on the ice for instruction, and club member Jean McAllister has formed a committee of keen volunteers to rejuvenate the junior curling program. For eleven years, member Ron Monagle has been running a Special Olympics league and this past November saw the Seventh Annual Special Olympic Bonspiel at the club. And on Sundays, the club opens its ice to wheelchair curlers. 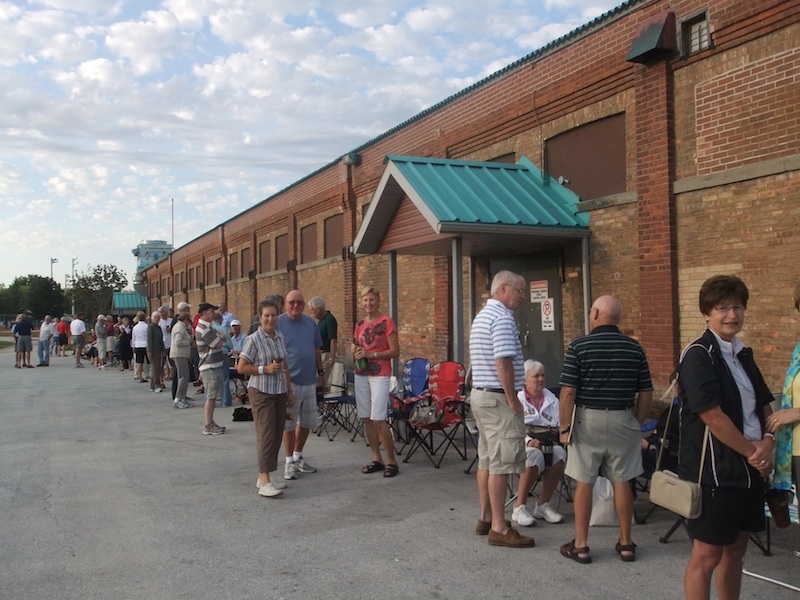 But while membership and programs are flourishing, the club struggles with some of its ongoing challenges. For instance, daytime draws are so oversubscribed that the ice maker has limited time to prepare for the following draw, and evening leagues tend to be smaller and less popular. A commitment to work hand-in-hand with the town of Collingwood as a “community oriented facility” means that registration is offered on a first-come, first-served basis, which results in line-ups on registration day for those wanting to reserve a spot in the very popular daytime draws. “The first member stood in line at approximately 4:30 a.m. on the morning of [registration],” says Le Feuvre,  “and at 7:30 a.m. the line extended beyond the length of the building for a 9:00 a.m. registration start time.” Challenges aside, this is a club that has fully embraces its community and designs its programs to meet the needs of its members. And making it all work, believes Susan Le Feuvre, are the volunteers, people like Bill Hanke, the “go-to guy” for everything from new light bulbs to batteries for the ice scraper. Or Barb Shorrock, who developed a detailed computer program to keep track of membership information and registrations and allow members to update their profiles and even pay online. The lows of the 1990s are long forgotten. With a proposed recreation facility – now in the planning stages – which would partner the curling club with the town’s YMCA and two new ice pads, the future looks very bright for the Collingwood Curling Club. 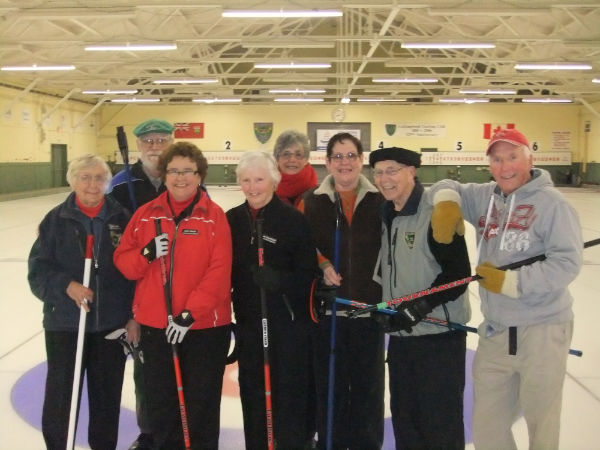