The road to the 2012 Tim Hortons Brier continues with an update from the East. New Brunswick: Nine-time Brier vet James Grattan and his Oromocto Curling Club team of Charlie Sullivan Jr., Steven Howard and Peter Case are in. The rest of the eight-team field for the Molson Canadian Men’s Provincial Curling Championship is yet to be determined. Way back in September, Grattan earned a bye to the finals after capturing the Curl Atlantic Championship in Sackville. 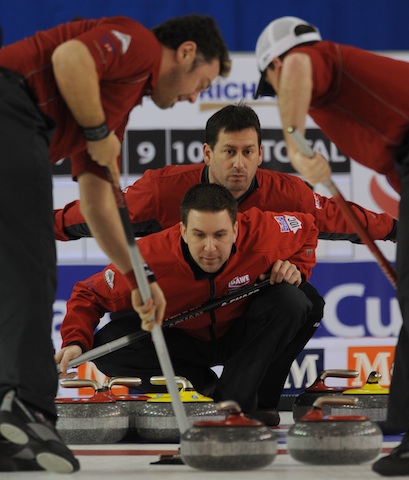 Three teams will advance from “Preliminary Round” play, which will be contested at Curl Moncton’s Beaver Curling Club and Curling Beausejour from January 12-15. A week later in “Wildcard” action at the Campbellton Curling Club, four more foursomes will earn the right to travel to the Thistle St. Andrew Curling Club in Saint John for the finals, which will run from February 1-5. The winners there will represent “The Picture Province” at the 2012 Tim Hortons Brier in Saskatoon. Nova Scotia: The Bridgewater Curling Club will host the 2012 Nova Scotia Men’s Molson Provincial Championships from February 8-12. The top eight teams in the province will play a round-robin schedule in advance of a four-team Page playoff format. Two triple knockout qualifiers will determine the Bridgewater field. Five teams will advance through play at the Yarmouth Curling Club from January 12-15, while three teams will survive play at the Dartmouth Curling Club from January 20-22. Nova Scotia, under the guidance of Halifax Mayflower’s Shawn Adams, finished play at last year’s London Tim Hortons Brier with a record of 5-6. Newfoundland & Labrador: Newfoundland’s best male curlers will have to travel to Labrador City’s Carol Curling Club in order to prove their worth at the 2012 Newfoundland & Labrador Tankard. The open event, which is scheduled to commence on February 7, will culminate with a semi-final game on February 11 and a championship final the next day. 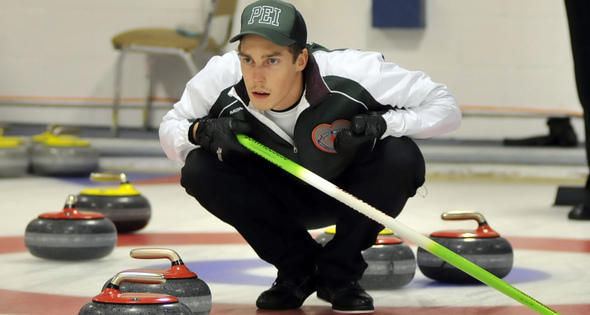 Olympic gold medal winner Brad Gushue will be attempting to make his ninth trip to the national shootout when play gets underway in Labrador City. His team finished round-robin play at last year’s London Brier with a record of 9-2, then lost the One-Two playoff to Manitoba and the semi-final game to Ontario, before rebounding to win the first-ever bronze medal game at the Canadian championship. Prince Edward Island: With just over a week to go before the deadline, there are seven teams in the province of P.E.I. registered for play in the 2012 Labatt Tankard provincial curling playdowns, which will run from January 26-31 at the Cornwall Curling Club. The field will include more than a few Brier veteran skips, with the likes of Rod MacDonald, Peter MacDonald, John Likely and Mike Gaudet signed on. At the tender age of 21, Brett Gallant, the 2009 Canadian Junior Men’s champ, might prove to be the best bet to lead Prince Edward Island out of its Brier championship wilderness in Saskatoon. In order to do that, he’ll need to prove himself in Cornwall first.