The road to the 2012 Tim Hortons Brier continues with an update from the West. British Columbia: 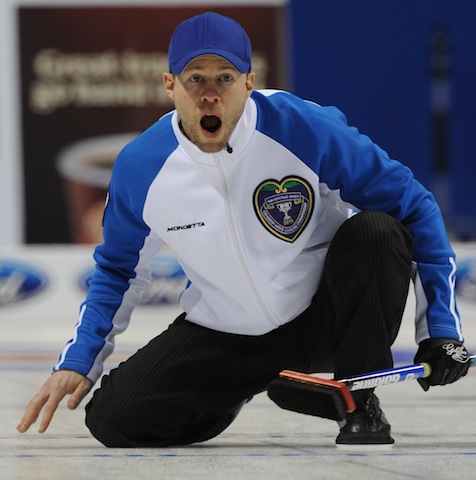 Defending champ Jim Cotter and his Kelowna Curling Club team of Kevin Folk, Tyrel Griffith and Rick Sawatsky will headline the field when play gets underway at the 2012 Canadian Direct Insurance B.C. Men’s Provincial Finals at the Parksville Curling Club from February 8-12. Cotter, who went 4-7 at last year’s Tim Hortons Brier, will face stiff competition from 15 of the province’s best teams in a newly adopted playdown format. A triple knockout approach will precede a 4-team Page playoff to decide 2012’s champions. Cotter earned his berth as the returning provincial title-holder, while 2000 Brier and World champ Brent Pierce will enter the fray as British Columbia’s CTRS points leader. He and his New Westminster, Royal City Curling Club mates Jeff Richard, Kevin Recksiedler and Grant Dezura hope to be in the hunt as the competition moves into the page playoffs. Delta’s Sean Geall, who skipped British Columbia to a 6-5 record at the 2009 Tim Hortons Brier in Calgary, will lead Ken Maskiewich, Bill Fisher and Mark Olson into battle in Parksville. Geall survived Lower Mainland regional playdowns along with Royal City Curling Club teams skipped by Ken McArdle and Chris Baier. Regional winners from across the province also include Kimberley’s Tom Buchy, Creston’s Tom Shypita, Vernon’s Darren Heath, Brian Windsor of Kamloops and Ron Vanderstar of the Smithers Curling Club. The remainder of the provincial championship field will be determined through an open qualifier to be held in Kelowna over the weekend of January 13-16. Yukon/Northwest Territories: The combined Yukon/Northwest Territories Men’s Curling Championship will take place at the Whitehorse Curling Club from February 9-12. A total of 4 teams will play down to determine who will make the trip to Saskatoon and earn the support of the “Polar Power” people in the crowd at the 2012 Tim Hortons Brier. Preliminary terrtitorial competitions over the weekend of January 19-22 in Hay River, N.W.T., and Whitehorse, Yukon, will determine the teams in the championship final. Last year, five-time Territorial champ Jamie Koe skipped his team of Tom Naugler, Brad Chorostkowski and Martin Gavin to a record of 3-8 at the national shootout. 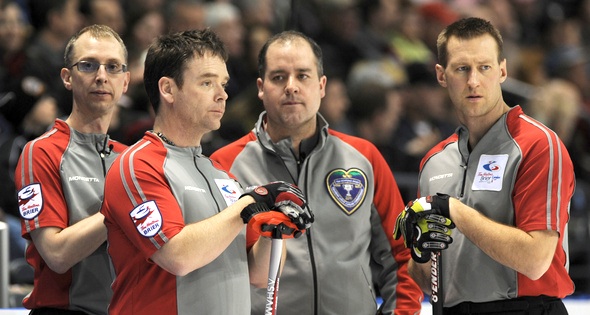