Matt Wozniak and his Team Mike McEwen ’mates are living proof how what commitment and effort can do for a young curling team. Wozniak throws second stones for the run-away leaders in the men’s standings on the 2011-12 Canadian Team Ranking System, a team that is playing well beyond its relative youth against the greybeards who’ve dominated for so long. 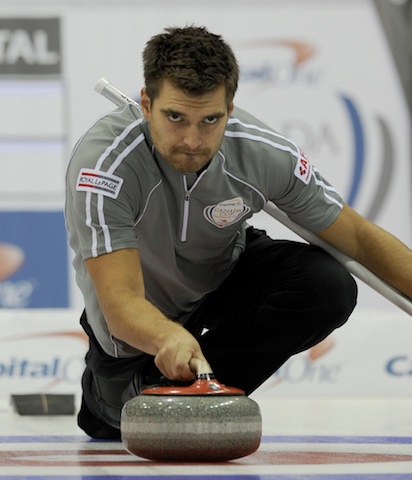 But it shouldn’t come as a surprise, because all four players showed in junior competition that they were committed to the game and eager to make a quick ascent to the next level. Wozniak, for instance, skipped the Manitoba provincial junior men’s champion team as a 17-year-old, finishing a respectable 5-7 at the 2000 junior nationals in Moncton. He’s a year-round athlete, too; he played for the provincial youth baseball team as a 16-year-old. Since hooking up with McEwen, third B.J. Neufeld, lead Denni Neufeld and coach Chris Neufeld, Wozniak has joined the upper echelon of front-end players in the country, and the McEwen squad has been dominant on the World Curling Tour, winning five events this season, including a Grand Slam victory in Kingston, Ont. Now, it seems, it’s just a matter of time before this team takes the next step and claims its first Tim Hortons Brier Purple Heart. Team McEwen opens play at the Safeway Select Manitoba men’s championship on Feb. 8 in Dauphin. Birthplace: Winnipeg Hometown: Winnipeg Curling Club: Fort Rouge Curling Club Current Team: Team Mike McEwen Position: Second Delivery: Right Nickname: Woz Quick Hits with Matt Wozniak Do you have any superstitions? “Nope.” Three people, living or not, whom you would invite to a dinner party. “Tiger Woods (I’d ask him what really went down), Thomas Ulsrud (hilarious story teller), and my dad’s dad, whom I never got a chance to meet.” If you could be a star any other sport, what would it be, and why? “Starting pitcher in baseball; who wouldn’t want to make $20 million for working once a week for six months a year?” If you could change any rule in curling, which one would it be, and why? “Introduce full-contact curling so skips would get punished for sweeping opponents’ rocks before they get to the tee line; either that or smoke shows and cheerleaders.” What music, if any, do you like to listen to before a game? “I don’t listen to anything but if I did it would probably be The John Butler Trio; always puts me in a good mood.” Favourite: — Website? “mcewencurling.com.” — Order from Tim Hortons? “Double double.” — Vacation destination? “Morocco.” — Junk food? “Chocolate.” Person who had the most influence on your curling career. And why? “(Sports psychologist) Cal Botterill; he’s helping our team go from good to great.” First thing on your Bucket List? “Creating a bucket list.” Favourite pastime between draws at cashspiels? “Watching sports, napping and eating.” Mixed doubles in the Olympics — thumbs up? Thumbs down? And why? “Thumbs down — I think it’s boring to watch.” One thing most people don’t know about you? “I used to be a pretty good downhill skier before I started curling.” Your ideal shot to win an Olympic gold medal: “Throw-through.” 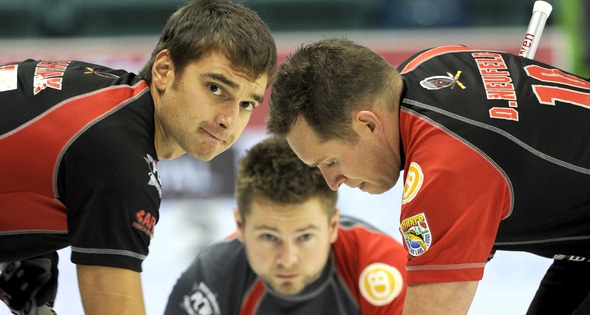