Around the House: Two curling clubs become one in King Township

Until recently, if you wanted to curl in Schomberg or Nobleton, King Township, Ontario, you could do so – one night a week in a hockey arena. 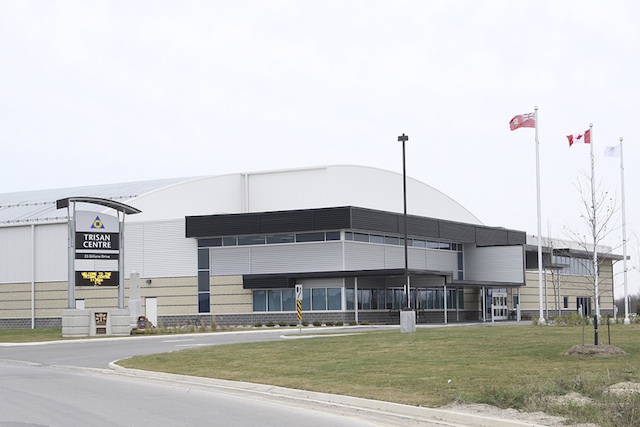 Curling on hockey ice isn’t so unusual, and for some communities it’s the only choice. But curlers who have a dedicated facility might not appreciate just how lucky they are. King’s curlers have been enjoying their weekly one-night-a-week-only game for over 50 years, complete with all the challenges that hockey arena ice can present. Zamboni-track runs. Invisible rings. The aura of hockey, not curling, on the ice. So a few years ago, when three curlers started chatting during a game about what it would take to build a dedicated curling facility in King Township, a dream started to take shape. That dream came true this season when, in October 2011, the first rocks were thrown in the new four-sheet King Curling Club, part of the recently completed multi-use Trisan Centre in Schomberg. Club President Doug Groombridge remembers his first few years of curling, travelling to other clubs – dedicated curling facilities – for bonspiels and wondering if it might be possible to build something like that in King. With the enthusiastic support of curling colleagues – Maureen Richardson of Nobleton and Jack Campbell of Schomberg among them – Groombridge approached the local King Township municipal government. “The head of recreation for the Township agreed to a meeting,” he remembers. “The journey was beginning and with added energy from some very special people in the two clubs, we never looked back.” 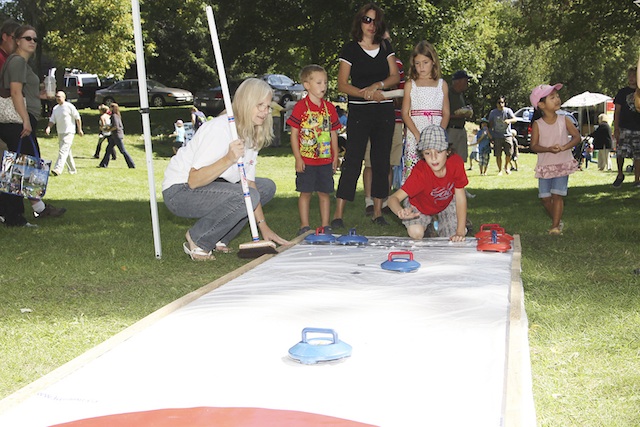 A project this large required tremendous planning. “Joining the committee were curlers who could speak before council, project budgets, envision time lines for membership growth and document this material for council,” remembers Groombridge. “As well, as it started to appear that we might indeed see our dream come true, the federal government introduced infrastructure money, and the momentum surge began.” And what a surge it was: meetings, committees, reports, needs assessments, financials, funding, operating costs – every detail had to be researched, then presented to and approved by Township staff. Don’t forget the necessity of organizing fundraising events, marketing the project to the community, and encouraging new curlers to get on board. But the effort paid off. In 2009, King Township agreed to build a multi-use recreation facility that would include a fitness centre, hockey/skating ice pad – and a four-sheet curling facility. In March 2010, construction began. And in October 2011, the first rocks were thrown in the brand new King Curling Club. The transition hasn’t been without its challenges, however. Curlers had to make a big adjustment. “No longer one night of social curling a week,” says Groombridge, “but multiple day and night leagues.” 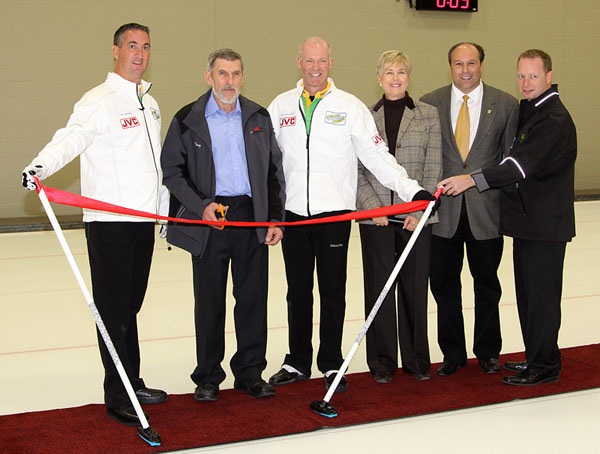 That means finding league conveners, developing a club constitution, attracting new members and preparing budgets. But curlers stepped up, of course. “The excitement was catching and prolonged,” says the new club President, “culminating in our new facility [being] ready almost before we were.” The opening ceremony on October 14, 2011, brought together members of the curling community as well as the non-curlers who played a major role in the project. A highlight for many of those present was having provincial, national and world champion curlers Glenn Howard and Wayne Middaugh on hand to help celebrate the grand opening. “Words cannot describe the warm and encouraging demeanor of these two curling giants as they gave their time to us the entire evening of this historic moment,” says Groombridge. So, after 50 years of the Schomberg Curling Club and Nobleton Curling Club playing on hockey ice, The King Curling Club is finally up and running, with multiple leagues throughout the week, including Juniors, Bantams and Little Rocks. “With 100-plus brand new curlers and a first-year target of 220 members, reaching 340 members was energizing. New curlers enjoying the fun of the game as we brought them into the fold and new competitive leagues for the more experienced curlers to compete in has kept a buzz that even non-curling people in the community cannot ignore,” Groombridge says. He knows the club is riding high now, and that it will take the continued effort of all King curlers to keep the dream alive. “The challenges facing other clubs will become ours too and hopefully we are ready for them as they come. For now though, we are basking in a new experience and we hope the larger curling community will be better for it.” 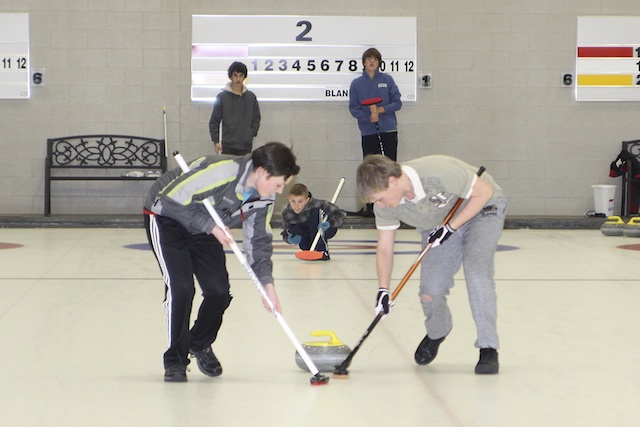