Carter Rycroft has never been one to seek the curling spotlight, but it always seems to find him because ever since he finished his junior career, he’s played on some of the best curling teams on the planet. After skipping Alberta to a second-place finish at the 1998 Canadian junior men’s championship in Calgary (losing the final to Ontario’s John Morris), Rycroft immediately joined forces with Randy Ferbey for a season, playing front end with Scott Pfeifer. 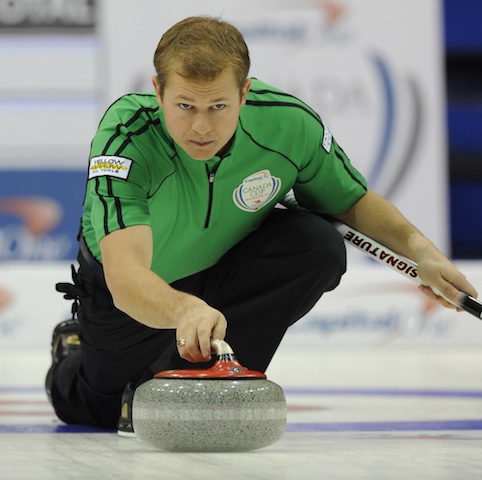 The following season, he hooked up with Ferbey’s rival, Kevin Martin, taking over the second spot on a team that would be one of the world’s best for a half-decade, winning thousands of dollars on the cash circuit, capturing the Alberta men’s championship in 2000, and then the biggest prize of all: the right to represent Canada at the 2002 Winter Olympics in Salt Lake City, where Rycroft, Martin, third Don Walchuk and lead Don Bartlett lost a heartbreaking gold-medal game to Norway’s Pal Trulsen to come home with silver. The Martin team continued to pile up cashspiel winnings for a few years before it parted ways in 2006, and Rycroft immediately found a new super team, throwing second rocks for Kevin Koe’s squad that was rounded out by third Blake MacDonald and lead Nolan Thiessen. Since then, Rycroft has continued to find himself in the winner’s circle on a regular basis, and managed to finally reach the pinnacle of Canadian curling in 2010 when he helped brush Koe’s last rock in the 11th end to the button for a victory in the Tim Hortons Brier final against Ontario’s Glenn Howard. The newly crowned Canadian champs then went to Italy and brought home a world championship to cap their splendid season. Rycroft has kept busy in helping grow the sport; he’s volunteered at the Canada Winter Games and at various provincial and national curling events in Grande Prairie, and plans to get into coaching at some point down the road. Birthplace: Grande Prairie, AB Hometown: Grande Prairie AB Curling Club: Saville Sports Centre Current Team: Team Kevin Koe Position: Second Delivery: Right Nickname: Laser Quick Hits with Carter Rycroft Do you have any superstitions? “I am a little superstitious but it’s not something that I think about on a daily basis. I leave that to the rest of my team; they have enough for me.” Three people, living or not, whom you would invite to a dinner party. “This answer always changes for me, but at the moment: Milton Friedman, Wayne Gretzky, Jesse James.” If you could be a star any other sport, what would it be, and why? “Football, because I really enjoyed it, or UFC, just to be in that good of shape.” 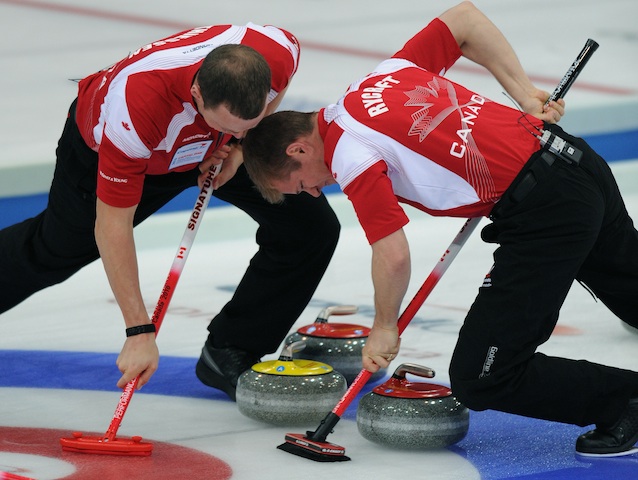 If you could change any rule in curling, which one would it be, and why? “Just one head official on the ice, and that is it; all on-ice issues should be solved by players, and if they can’t, then the official helps.” Favourite: — Website? “www.teamkoe.ca” — Order from Tim Hortons? “Large regular.” — Vacation destination? “Northern Saskatchewan.” — Junk food? “Chips.” Do you have any pet peeves? “I have lots — bad drivers, slow curling, lazy people, government, etc.” Person who had the most influence on your curling career. And why? “The Moore family from Grande Prairie. They were my coaches, teammates, friends, parents — I wouldn’t be filling this out if it weren’t for them.” First thing on your Bucket List? “Build a cabin in the woods away from everything — no roads in, no roads out. Then get my pilot’s licence and buy a float plane.” Favourite pastime between draws at cashspiels? “Playing crib or hearts; watching Criminal Minds with my roommate Pat Simmons; and doing business on my phone.” Mixed doubles in the Olympics — thumbs up? Thumbs down? And why? “Thumbs up — it’s another sport for us to compete at, and I enjoy playing it.” One thing most people don’t know about you? “I am shy, and I love the outdoors — fishing, camping, hunting, scuba diving, etc.” Your ideal shot to win an Olympic gold medal: “Outturn draw to the four-foot; wait a minute, already had that one. Shoot.”