Around the House: Curling is Hot in Charlotte, North Carolina

Maybe it was the appeal of the winter Olympics. Maybe it was the large number of Canadians living in town. Or maybe it was just time, as the spread of the curling bug around the United States finally reached the South. Whatever the reason, curling has taken off in Charlotte, North Carolina, fuelled by a dedicated partnership between local enthusiasts and their Canadian ex-pat neighbours. 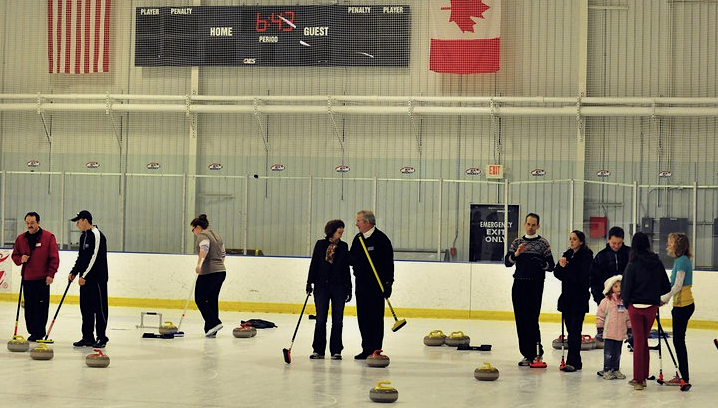 Carol McKee, Bonspiel Chair of the Charlotte Centre Curling Club, says the club founders, Jay and Ronda Harlow, were bitten by the bug during the Torino Olympics. “They got wrapped up in the sport during the Olympics five years ago and determined that they had to get out on the ice for themselves,” says McKee, a U.S. native who, along with husband, Steve, has embraced the sport and serves on the club’s executive.  She says the Harlows travelled to other cities to learn about the sport, then rented ice at the local hockey arena to practice and teach others. “We would not be a club without Jay and Ronda.” For Paul and Sylvia Jennings, who learned to curl at the Glenmore Curling Club in Dollard des Ormeaux, Quebec, in the 1970s, the arrival of a curling club in their new American home came as a unexpected surprise. “We saw an advertisement for a curling session at the local ice rink,” says Jennings, now retired, who has lived in the United States for 16 years.  “We couldn’t believe it so we went along – and joined up on the spot.” The story is similar for Dave DeFehr, who started curling in Winnipeg at age 12, and is now happily retired in North Carolina. The chance to curl again – he hadn’t been on the ice since the early 1990s – was welcome. 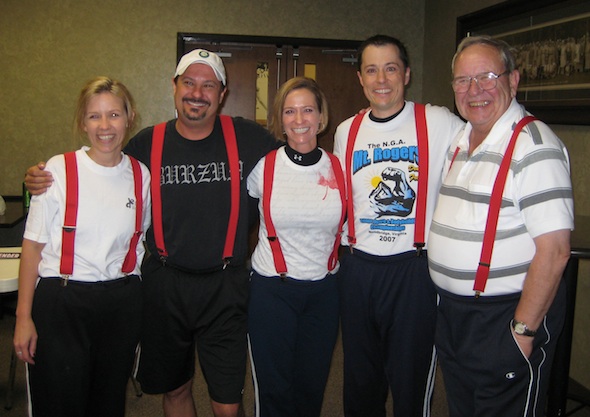 “Even though it takes an hour and a half to get to the rink, I’m happy to do it. I had forgotten how much I enjoyed the game.” “We are very lucky to have a large population of Canadians here,” says McKee. “Those folks had the experience to show the rest of us what to do and to improve as curlers. They also had the organizational skills to help us develop a ‘real’ club.” It’s a productive blend of American enthusiasm and Canadian know-how, but it hasn’t been easy. For one thing, Charlotte curlers play at the local hockey arena, rather than a dedicated curling facility. And the challenges are fierce just to get ready for one night of curling. “It all begins with hard work,” says Peter Strickland, who learned to curl at the two-sheet Cumberland CC just east of Ottawa. Now living and working in Charlotte, he describes a typical evening at the club this way: “Our evening draw begins with two passes from the arena’s Zamboni, followed by all 64 curling rocks being manually transported from their storage locker to the ice.  That’s 2,688 pounds of granite, or well over a ton.  Whilst the too-warm rocks are shuffled around the arena so as not to melt the ice in one spot and freeze in place, the hacks are installed, center pin holes drilled, the ice pebbled twice, and scoreboards brought out.” After that, it’s curling as usual, although, adds Strickland, “Arena ice does seem highly susceptible to negative ice, where a rock slides opposite to its curl.” 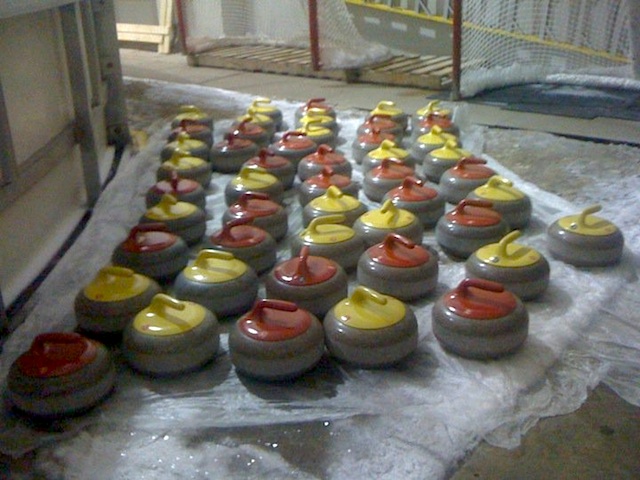 When the game is over, everyone has to carry the rocks off the ice for storage, and remove the hacks and scoreboards. Then, of course, it’s time to head to the bar upstairs for the social part of the evening, the same as at any other club. Jeremy Hozjan, who learned to curl – with a corn broom – in Esterhazy, Saskatchewan, expresses the unique side of curling in Charlotte: “A good day of curling is going from a swim in our pool to the rink to play in shorts and then back to the pool.” But in keeping with any other club, the members want to share the fun with the wider curling community. A New Year’s Eve bonspiel – the self-explanatory Pajama Curl –was not only a great success, but also an opportunity to test out the bonspiel waters in preparation for the club’s first open ‘spiel taking place this August, aptly named “Grits ‘n Granite.” Carol McKee says the goal is to feature the host region’s well-known Southern hospitality. That means three days of curling, a possible golf connection, as well as free beer and lots of great Southern cooking at an offsite, authentic Southern BBQ banquet complete with dancing. “We have just opened registration and we have three teams signed up as of now: One from Toronto’s High Park Club, one from Ottawa and one from San Diego, California. We hope to sell out our event with a 24-team limit.” The Ottawa contingent is of particular interest, says Charlotte’s Barry Klein, who, with wife Susan, started curling in Regina as teenager. 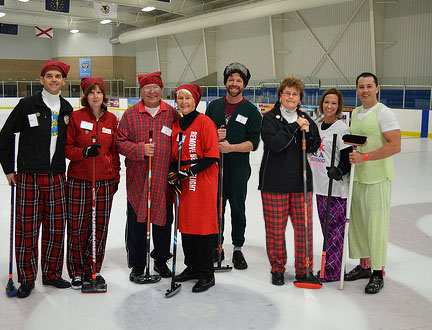 “Graham Sinclair and his daughter Jamie dropped down to Charlotte in June 2011 to provide instruction to our club members. Jamie is skip of the Provincial Champion Junior Women’s team [competing this week at the M&M Meat Shops Canadian Junior Curling Championships in Napanee] and Graham is the team’s coach.  The instruction was quite well received and a good time was had by all,” says Klein. So much so, that the entire Sinclair family will take part in Grits ‘n Granite in August. The Canadian connection may be strong, but that’s not the only reason curling has taken hold in Charlotte. Carol McKee’s husband, Steve, has a theory. “I have lived in Montana, New York, and Wyoming, and have known quite a few Canadians in my time,” he says.  “There are so many parallels between our countries, yet different cultures.  I think, like other sports, curling is a way to bridge the differences, and create a common bond amongst different people.” “Given that the etiquette is so important,” he adds, “I have seen that the sport attracts a generally nicer group of people, who, without curling, would never get to know each other.” Want more information about Charlotte’s “Grits ‘n Granite” bonspiel? Check out the club’s website. 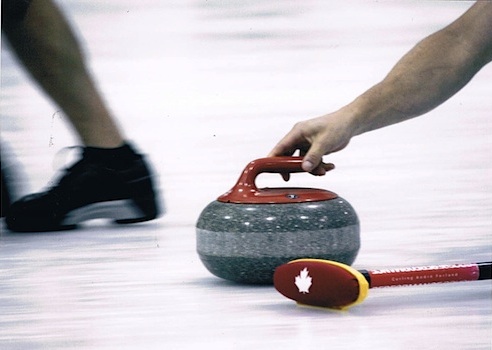