Heather Smith-Dacey and her CFB Halifax rink of Danielle Parsons, Blisse Comstock and Teri Lake successfully defended their title as Nova Scotia Scotties Tournament of Hearts champions on Sunday, January 29, by edging Halifax Mayflower’s Mary Mattatall by a score of 7-6 in the final. 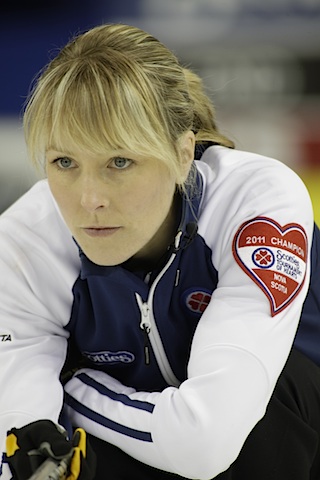 Single points were the order of the day on both sides of the scoreboard until Smith-Dacey stole a decisive three-count in the eighth end when Mattatall’s last rock draw attempt missed its mark. Mattatall took 1 in the ninth and stole 2 in the tenth, but it was not enough to prevent Smith-Dacey from claiming her fourth Scotties heart. Smith-Dacey’s team earned the bye to the final after finishing with a 6-1 record in the round robin portion of the championship, which was hosted by her home club from January 25-29. Mattatall and her team of Angie Bryant, Lisa MacLeod and Hayley Clarke finished with 5 wins and 2 losses and in second place. Their opponents in the semi-final game had to be determined by a tie-breaker after Truro’s Colleen Pinkney and Mayflower’s Mary-Anne Arsenault both finished with 4-3 marks. In that sudden-death affair, Pinkney, the 2010 World Senior Curling champ, never trailed in a 10-6 victory. The semi-final game was a back-and-forth, see-saw affair. Pinkney, who was supported by Wendy Currie, Shelley MacNutt and Susan Creelman, led the game 4-2 after six ends before Mattatall tallied 3 in the seventh. The teams traded singles in the eighth and ninth before Mattatall sealed the deal with a steal of 1 in the tenth for the 7-5 win. Mattatall and her Mayflower mates went on to the final, while Pinkney was sent packing. Last year in Charlottetown, this same Smith-Dacey contingent finished round robin play with a record of 7-4 and eventually claimed victory in the first bronze-medal game ever contested at the Scotties Tournament of Hearts. They will be looking to finish two steps higher on the podium when play gets underway in Red Deer at the 2012 Scotties Tournament of Hearts later in February. 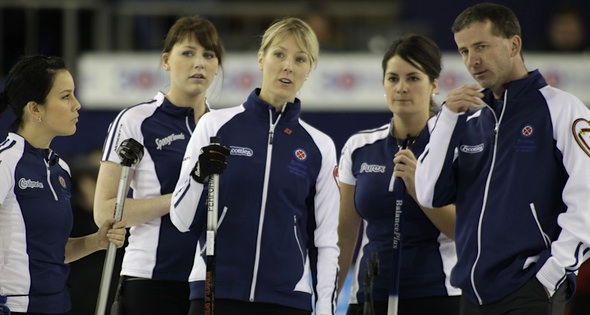