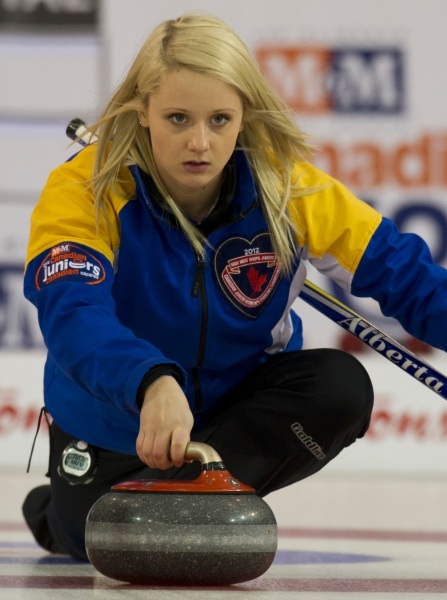 Like many accomplished junior curlers, Peterman is part of a curling family. “My parents met at a curling club,” she says. “Everyone in my family curls and as I was growing up my dad was the ice maker at the Red Deer Curling Club so I got to join the Lite Rock league before the minimum age of seven. I started playing in the league at age five.” She’s also a coach at her home Red Deer Curling Club, offering her time over the past three years to instruct in various adult and junior learn-to-curl clinics and leagues. Off the ice, Peterman – who graduated from her high school French Immersion program with a bilingual diploma and is now a Physical Education major at Mount Royal University  – has twice represented Alberta at the National Softball Championships. Birthplace:  Red Deer, Alberta Hometown:  Red Deer, Alberta Curling Club:  Red Deer Curling Club Current Team:  Team Peterman Position:  Skip Delivery:  Right Nickname:  Joce, JP Quick Hits with Jocelyn Peterman Do you have any superstitions? “No, I don’t believe in superstitions. I believe that with proper preparation we decide our own fate.” Three people, living or not, whom you would invite to a dinner party. “Cheryl Bernard, Ellen Degeneres and Barack Obama.” If you could be a star in any other sport, what would it be, and why? “Baseball, because I love baseball and it would be awesome to be the first girl to play in the MLB.” If you could change any rule in curling, which one would it be, and why? “I would change that rule that the rock is out when it touches the boards because I think the game would be so fun if we could play shots off the side boards.” What music do you like to listen to before a game? “Anything we can dance to.” Favourite: … Website?  Facebook … Order from Tim Hortons?  XL triple triple … Vacation destination?  Jamaica … Junk food?  Mint chocolate fudge Do you have any pet peeves? “When people drive with their signal lights on. When people touch my wrists.” Three things you always travel with? “iPod, hair straightener, multiple jackets.” First thing on your Bucket List? “Riding a cow!! No, not a bull. Everyone rides a bull but I want to ride a cow and I’m pretty sure everyone that knows me knows this is my number one thing on my list.” Favourite pastime between draws at spiels? “Whenever there’s enough time between draws I usually always nap even if it’s just on the floor in the corner of a curling club.” One thing most people don’t know about you? “That I like to cook.” What is the biggest misconception about curlers? “That we aren’t athletes. I train a lot harder than a lot of my friends playing other sports in which they are usually considered good athletes simply because of the sport.” Your ideal shot to win an Olympic gold medal: “Draw to the button. Then every member of the team has a huge impact on the shot and everyone can equally share in the glory.” 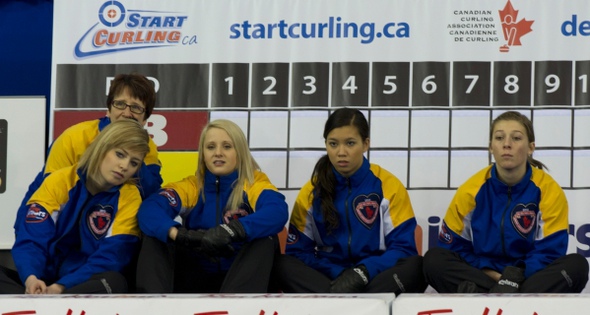