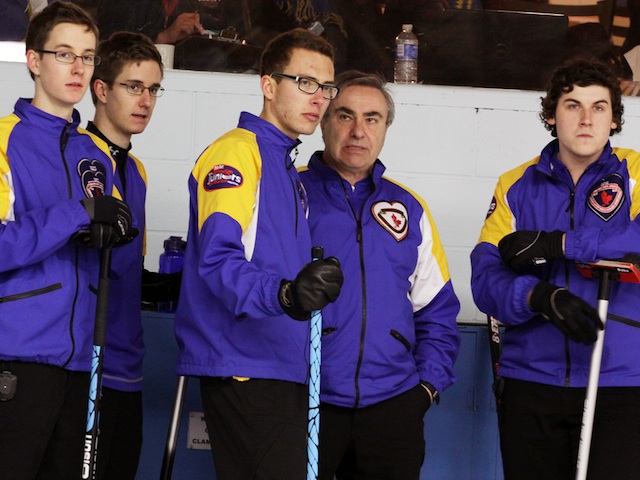 I occasionally hear from both students and other instructors, “That’s not what (so and so) said…” I used to think this was a bad thing. I would wonder about my advice to the person. Was I giving out the correct information? Is there only one way to teach curling? I would worry about contradicting another coach and sometimes water down my advice. But I have since come to the conclusion that it is a good thing to have differences of opinion. That is how our sport and its technique will evolve. What is important is that we all have a common goal and that we’re all saying similar things. When I get into a situation where I am offering advice that contradicts what the student or coach has been told, I always make sure to give as much detail as possible about why I’m telling them what I’m telling them. I also give some thought to what they mentioned they’ve been told. Sometimes what they’ve been told is well worth listening to. Perhaps you’ll learn a different technique, or perhaps a new modification for an injury. However, sometimes the other coach simply has outdated information. If this is the case I try not to be condescending to the other coach. The last thing I want to do is insult another coach when perhaps the student misinterpreted or the information that was given to them is out of date. I simply explain to the student why the technique has changed and move on. There are many different ways to teach curling and as long as we all have a common goal and try to learn from each other the future of instruction in our sport is safe. So next time you’re out on the ice and you hear a different way of doing things don’t just brush it off; pay attention, it could be something worth trying, or at least, worth investigating.