A Winning Day for Junior Women

Team Canada women had a strong day at the World Junior Curling Championships in Oestersund, Sweden, defeating Italy and the United States handily with lopsided scores. National Team Coach Melissa Soligo reports from Oestersund that although the team seemed tired before their morning game against Italy, they came out determined to put rocks in play. “The ice was a little frostier this morning and it showed in our draw weight. The team, from lead to skip, struggled with their draws.” 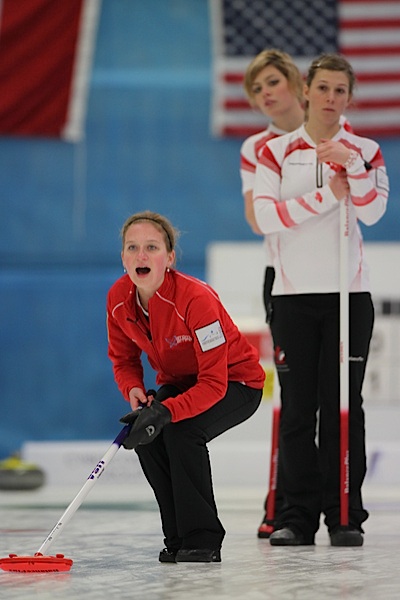 Jocelyn Peterman and her Alberta foursome, Brittany Tran, Rebecca Konschuh and Kristine Anderson, took a single in the first end, then followed it with a steal of 5 in the second. Italy, skipped by Frederica Apollonio, came back with a single in the third but fell behind even further when Canada scored 4 points in the next end and stole a single in the fifth. At that point, fifth player Nadine Chyz entered the game, replacing Rebecca Konschuh. A deuce in the sixth end led to handshakes and an impressive 11-3 final for Canada. “We started off strong,” said Peterman after the game. “We’re trying to play our best each game, we just had a lot of rocks in play in that game and that’s what gave us the big scores.” In the evening game against the United States, Canada continued its stealing ways. “There were still some struggles with draws in the first five ends,” says Soligo.  “But the team focused on the small things and the communication was great.” After taking 1 point with hammer in the first end, Team Canada stole 2 in the second and another point in the third, before U.S. skip Cory Christensen was able to take a single in the fourth. With the score 5-1 at the break, Canada stole another point in six, allowing the opponents to take only a single in seven, then answering with a deuce in eight. Christensen scored two points in nine, but with the score 8-4 in favour of Canada, it was time for handshakes. The U.S. team is still looking for its first win in the tournament, while Canada sits tied for first with Scotland, Russia and Sweden at 4-1. Coach Soligo thinks the team has discovered the secret to this evening’s success: changing things up a bit with a bus ride to the rink and a lively warm-up. “The team warmed up in front of fans and ice techs and umpires, dancing to Jump On It,” reports Soligo. “It was a great show. Maybe we should jump on it more!” News, live scores, galleries and video highlights can be found on the World Junior Curling Championship website. 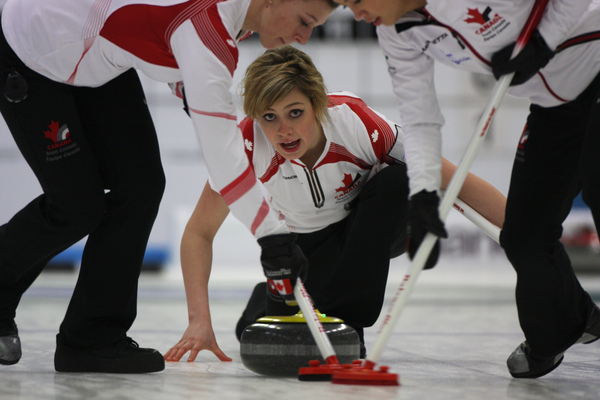