Canada’s junior women fought hard against an aggressive Russian team, but couldn’t climb back from a couple of early big scores, losing 11-10 in this morning’s tiebreaker at the World Junior Curling Championships in Oestersund, Sweden. 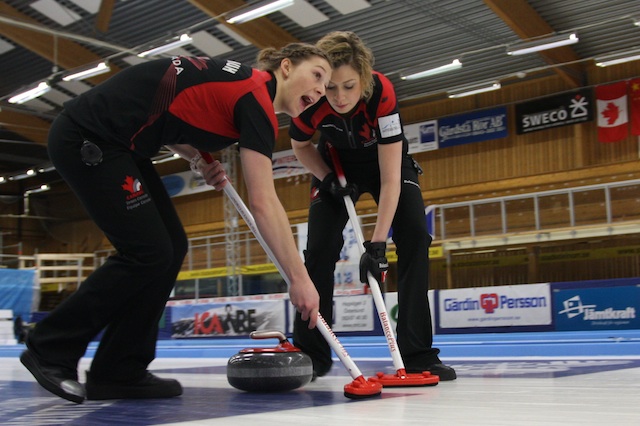 Starting the game with hammer, Canada scored a single in the first end, but fell behind in the second when Russian skip Anna Sidorova played a run-back double for 4 points. Canada got their deuce in three, but Russia responded with another big end in four, scoring three points for a 7-3 lead after four. Putting the pressure on, Canadian skip Jocelyn Peterman faced a difficult tap for 2 and just missed, allowing Russia to steal another single. The sixth end saw the Canadian foursome of Peterman, Brittany Tran, Rebecca Konschuh and Kristine Anderson giving it everything they had to climb back. Facing three Russian counters, Peterman drew against three to score another single for an 8-4 score. A Canadian steal of 2 in the seventh brought them within range, but Russian answered with a final tap for 3 – and an 11-6 lead. “Canada showed their stuff in the ninth,” reports National Team Coach Melissa Soligo. “Curling a near perfect end, and putting pressure on Russia, Peterman threw a tough double on her last and made it for 3.” Team Canada fought hard for a steal in ten against a Russian team that was not making many mistakes, but on her last shot, Sidorova made an open hit for the win. “What a game,” said Soligo afterwards.  “Canada never gave up. Although we didn’t come out on top, I couldn’t be prouder of the way the girls showed the world what it meant to be Canadian.  They handled themselves extremely well.” Russia will now face Sweden in the Page 3-4 game, while first-place Scotland will play the Czech Republic in the Page 1-2 game later today. News, live scores, galleries and video highlights can be found on the World Junior Curling Championship website. 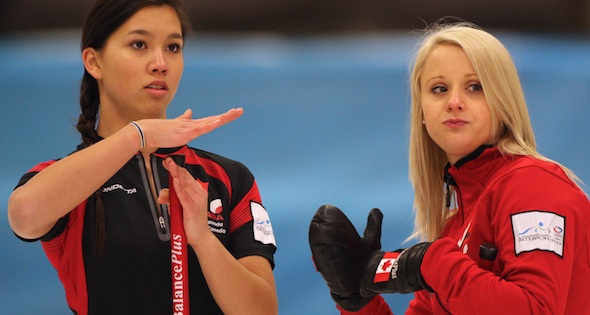