Czech out this World curling leader!

Don’t cancel those Czechs! That was the main message delivered on Day One at the Ford World Curling Championships at the Enmax Centre in Lethbridge. The upstart team from Prague, skipped by 23-year-old student Linda Klimova, won twice and moved atop the 12-team heap. 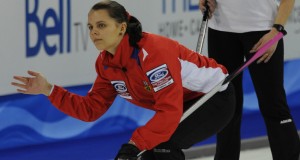