Pebbles to Boulders: Warmth in Coldwater

The Coldwater Curling Club – you may have heard of it. Coldwater is the home club of the Glenn Howard and Sherry Middaugh curling teams. Just as important as the fame of these world-class curling teams, Coldwater is steadily gaining a reputation of developing a fine youth program, which starts off with Little Rocks. 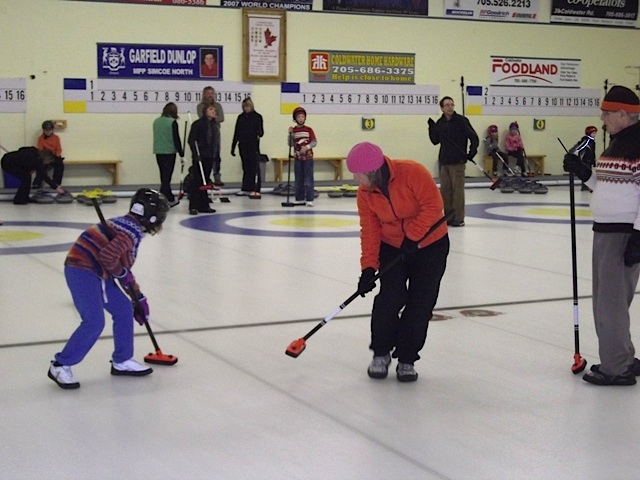 Coldwater is a small rural community located 20 minutes up Highway 400 from Barrie and 20 minutes in either direction on Highway 12 from Orillia to the south and Midland to the north. This tight-knit, down-to-earth community is located on the doorstep of some of Ontario’s prime outdoor recreation areas notably the Georgian Triangle and Muskoka. Waterfront real estate is not too far away. A sense of down-home community drives much of what goes on in Coldwater; it would be true to say, ‘its strength is its people’.

It has only been 11 years since the Coldwater club started a youth curling program, which includes Little Rocks, Bantam Recreational and Bantam Competitive leagues. Twenty-two-year-old Amy Miller has been the youth director for two seasons now. She is also a product of the Little Rock program. In fact, she skipped the first ever bantam team from the Coldwater club to attend a provincial championship. “The key is to be organized,” says the young director. “And to make it fun. That way the kids want to come back.” The busy program this season has 55 Little Rockers registered. On four sheets of ice, the volunteers have their work cut out for themselves. The program runs on Monday night from 6 p.m. to 7 p.m. Every other week, the kids are provided with hot chocolate after curling, courtesy of Tim Hortons in Orillia. 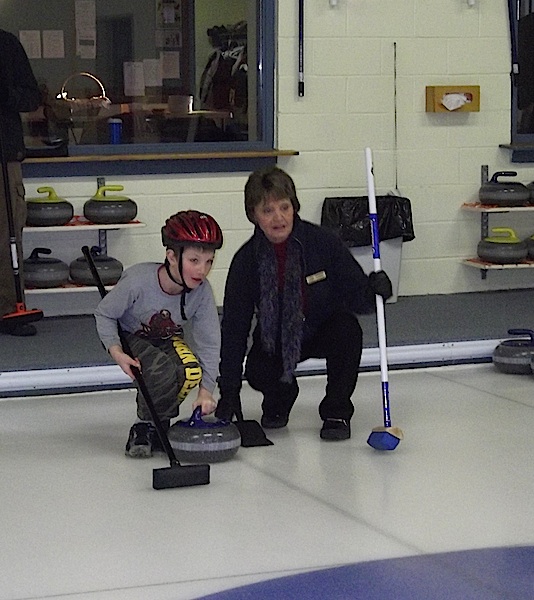 The very young curlers use half size, half weight little rocks, as well as brushes suitable for Litter Rockers. Some children cannot make the rock go the full length of the sheet, so hacks attached to plywood boards are placed in the middle of an outside sheet to allow the kids to play. “This way the kids still make shots to the rings and don’t get discouraged,” says Miller. Attention at times is difficult to maintain with the kids. To do drills and skill development for the entire hour would cause the little ones to lose interest. Amy explains, “We do drills for about 10 minutes at the start, then break up into teams to play mini games. Games are played the full length of the sheet.” Hot shot competitions are also arranged throughout the season. The club carries out their own version of the skill awards. A few years ago, they made up their own badge program like that of the Ontario Curling Association. The cool-looking badges have the name of the club on them. The kids are very proud to earn those badges and have them sewn on their curling jackets. 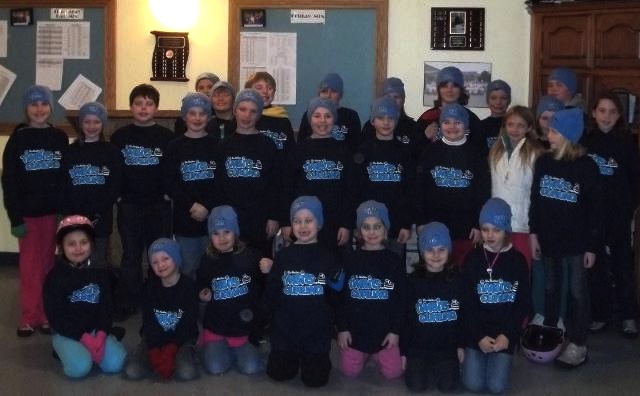 The sense of community really shines when the social side of curling is put forward. With Bantams and Little Rocks, the whole youth program arranges for several special events such as family spiels, fundraising spaghetti dinners and year-end parties. The curling club puts a float in the Coldwater Santa Claus Parade each year, with club youth dotting the float. “In 2010, each of the Little Rockers had flashing Rudolph noses that blinked,” chuckles Amy. “I think that was the most fun.” A sense of pride in their curling club is easily noticed when you see everyone helping out. “There is a feeling, a warmth that is felt at the Coldwater Curling Club,” beams Miller. “I think that is what drives us all and we keep coming back.” If you know of a Little Rock curling program or a special Little Rocker that has a story to be told, I would be thrilled to hear from you. Contact me at email, [email protected].