Pebbles to Boulders: From the East to West

Prince Edward Island has a reputation for developing some very fine curlers. One of the brightest stars to come from the Island is Erin Carmody. 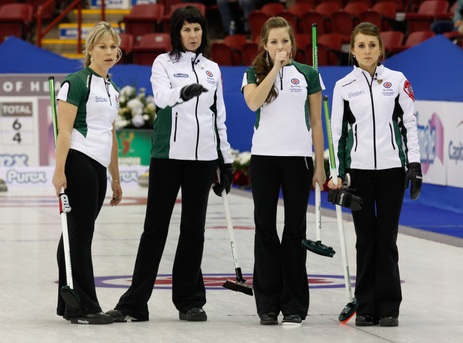 Erin started her curling at the Silver Fox Yacht and Curling Club in Summerside as a Little Rocker at the age of eight years. At the Silver Fox, the young curlers play with 20 pound little rocks. The group of 30 kids ranged in age from five to ten years old. From there, the young curlers would move up to juniors. Erin continued to curl in Summerside for juniors, before switching to the Charlottetown Curling Club for women’s curling. “We had juniors coaching us on the ice’, explains Erin. “I looked up to them. They were such good curlers and I wanted to be just like them.” 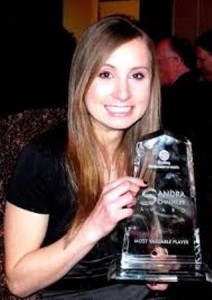 Erin remembers the fun during her Little Rock days. At the end of the season, crazy games were played. Corner-to-corner was one of the games, which involved throwing the rock from the hack on sheet one to the house at the other end on sheet six, diagonally across the whole ice surface.  Winners of the crazy games received cute little trophies. Relationships are also developed as early as Little Rocks. Jessica VanOwerkerk was in Little Rocks at the same time, and they played juniors together for several years. But it is Geri-Lynn Ramsay who has curled with Erin since day one in Little Rocks. Carmody and Ramsay have converted their Little Rock friendship into curling success through juniors and eventually to the 2010 Scotties Tournament of Hearts which were hosted in Sault Ste. Marie. Their curling together has turned into a life-long bond. The Carmody teams have worked very hard. With their effort comes success. “We have been to 3 national juniors finishing twice with a record of 7 wins and 5 losses and once with a record of 5 wins and 7 losses”, recalls Erin. “The Scotties with Kathy O’Rourke was real special. We played in the Canadian championship final in front of what seemed to be a hometown crowd. The folks in Sault Ste. Marie treated us very well. How great is that?” The team went on to play a terrific game on national television, only to lose to Jennifer Jones of Team Canada by a score of 8 to 7. 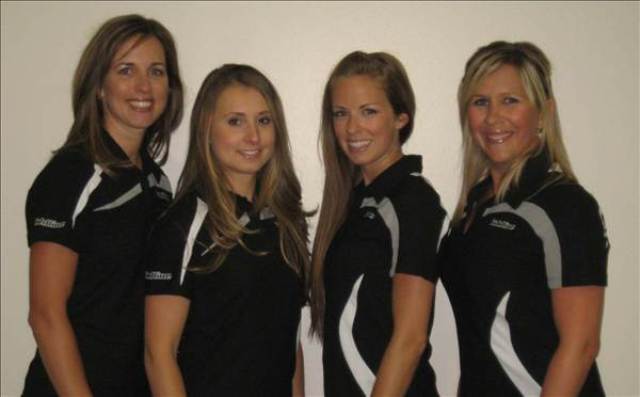 Today Erin and Geri-Lynn curl with Crystal Webster of Calgary. While not winning Alberta to qualify for the national Scotties, the team have had a good year, currently placing 7th on the CTRS standings. Calgary is a fair distance from Charlottetown, so how did this come about? “Gerri-Lynn moved to Calgary with her boyfriend and was looking for a team,” remembers Erin. “Geri-Lynn was speaking with Crystal during the Scotties in Charlottetown. Crystal was looking for two players, so everything seemed to fall in place from there.” One of the big differences in curling from the east to the west is the number of spiels. “You do not have to travel very far to play in a good spiel,” says Carmody, “and all the teams are very good.” Erin’s immediate goals include pharmacy school and continuing to work very hard at curling in order to one day play at the world championships and Olympics. If you know of a Little Rock curling program or a special Little Rocker that has a story to be told, I would be thrilled to hear from you. Contact me at email, [email protected].