The 2012 Capital One Canada Cup is heading to Moose Jaw November 28 – December 2 at Mosaic Place, the impressive new arena in the heart of the city.  And one of the legendary families in Saskatchewan curling history is ready to welcome the top 14 teams in the country for the opening event of the new Season of Champions schedule. 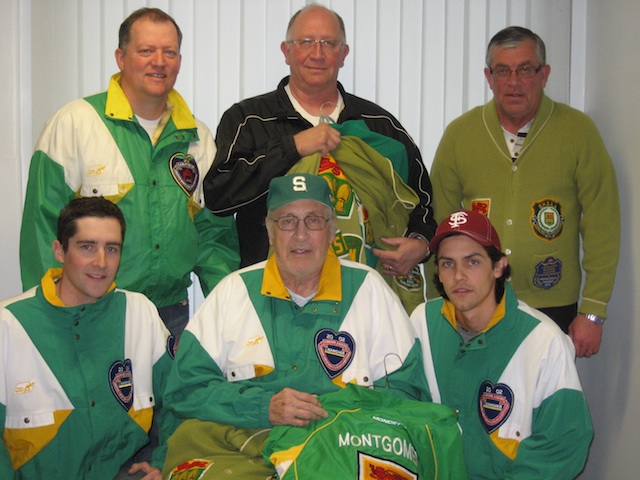 Regina boasts the legendary Richardsons, Avonlea was home base for the Campbells… and Moose Jaw takes incredible pride in the Montgomerys, a family that has been so integral to the development of the sport in one of the hotbeds of Canadian curling. Stan, the patriarch of the Montgomery clan, has always been somewhat of a behind-the-scenes figure who shared his love of the game with sons Greg, Jeff and Rod.  Among the three, they’ve made an indelible mark on the Saskatchewan curling scene with a long list of achievements. The Montgomerys’ greatest success has come with Rod in the hacks, representing the province in the 1996 and 1998 Briers. Greg and Jeff appeared on the big stage as well at the junior level – including a national title in 1971. “He never took a back seat… he did everything he could to get us involved in the game,” Rod says of his father.  “He would take us into little bonspiels… and we’d play with him on Mondays and Tuesdays in the men’s league at the Hillcrest Curling Club.” Stan’s legacy to the game in Moose Jaw started when he played at the competitive level with Les Despins, and the relationship between the two families grew stronger through the years. Rod eventually hooked up with Les’s son Glen to win a pair of Purple Hearts.  Don Despins was part of the 1971 team that took the Canadian juniors title playing with Greg and Jeff Montgomery. The upcoming Capital One Canada Cup is a “good shot in the arm” for the local curling scene according to Rod.  “Anytime you can host something like this, with the best curlers in Canada coming to our city, it’s exciting for the entire community… and it’s an opportunity to showcase what we can do in front of the whole country.” The Canada Cup will be contested in what he describes as “a top-notch facility” capable of accommodating a host of major events.  And, you can be sure one of the top-notch families in Saskatchewan curling will be there for all the action. “You Gotta Be There” for the live experience of championship curling at the 2012 Capital One Canada Cup in Moose Jaw’s new Mosaic Place.  Just click here to get your tickets now.