Canada’s Eberle and Hicke Undefeated and Ready for Playoffs

Team Canada earned a seventh straight win at the World Mixed Doubles Curling Championship on Friday morning, defeating Norway 9-2 and clinching a spot in the quarterfinals. 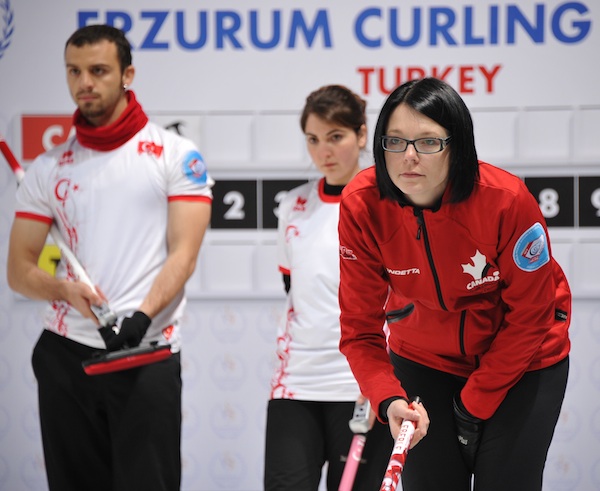 Chantelle Eberle and Dean Hicke, of Regina, Saskatchewan, continued to dominate play in the Red division. Canada and Switzerland (7-0 in the Blue division) are the only undefeated teams in the round-robin competition. After a close game on Thursday against China, Eberle and Hicke were able to take control of the match against Norway right from the start, forcing a single from their opponents in the first end, then proceeding to score 3 with hammer, and steal 2 in the third. With the score 5-2 at the break, Canada came back to score a pair of deuces, leading to another solid win – and a ticket to the quarterfinals. The playoff picture will become clearer only when round-robin play for all 27 teams ends Saturday morning. Currently, Canada (7-0) and China (6-1) lead the Red division; Switzerland (8-0) and USA (6-1) lead the Blue division; and Scotland (5-2) and Sweden (5-2) lead the Yellow group, with Italy (5-3) in the mix as well. Follow the 2012 Mixed Doubles Curling Championship Curling fans around the world can follow live coverage of the event via the World Curling Federation’s YouTube Channel which is embedded onto the homepage of the event website www.wmdcc2012.curlingevents.com. Visit 2012 Mixed Doubles Live Coverage Schedule to see what games are being covered. 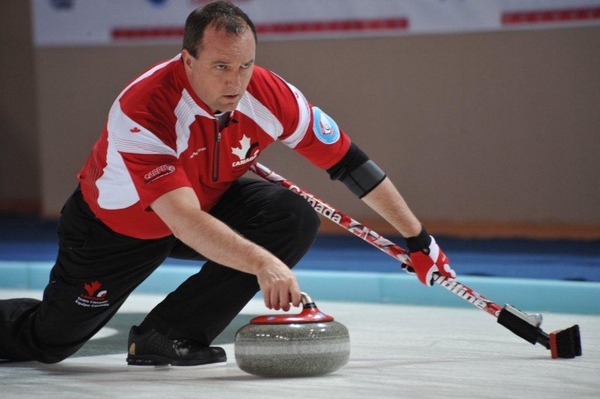