Canadian National Team Coach Jim Waite recently returned from Turkey, where he supported curlers Chantelle Eberle and Dean Hicke at the 2012 World Mixed Doubles Curling Championships. During the week, Waite sent reports back to Canada, describing not just the curling competition, but also the scene in Erzurum, a predominantly Muslim city high in the mountains. 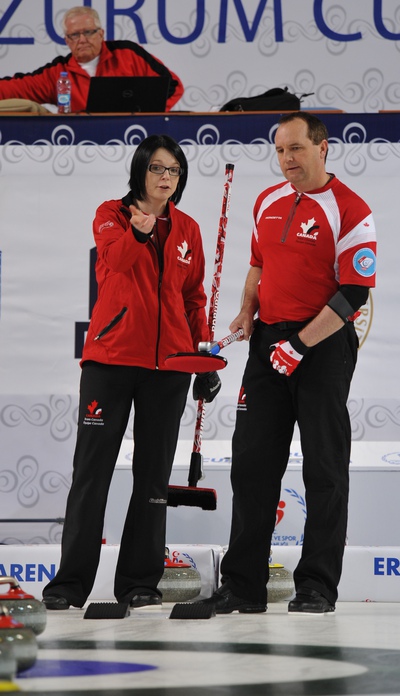 “This place is remote and very conservative,” Waite reported, early in the week. “You see every type of dress here from Burkas (lots of them) to head scarves on most women to tight jeans and normal clothes on kids. Their ways are slowly changing but there are still donkey carts on the streets, no driving rules (scary), and the honking of their horns is an ongoing noise.” Adjusting to the altitude, the five-times-daily wail of the call to worship, the local customs – even the unfamiliar public washrooms (i.e. a simple hole in the floor, in some restaurants) – was part of the experience, and one the curlers embraced. But the real action was on the ice, and despite not winning a medal, the Canadian contingent had much to be proud of. Looking back on a week of challenges – both on and off the ice – Waite  summed up the experience: It was a very disappointing conclusion to a great week of Mixed Doubles play in Erzurum, Turkey, for Team Canada. Chantelle Eberle and Dean Hicke played extremely well throughout the Round Robin segment finishing with an 8-0 winning record in their pool. Their one loss came at the hands of Sweden in the quarter-finals but that loss put them out of the running for a medal. In defense of their performance in that game (10-1 Sweden), the ice was much straighter. Sweden adjusted and we did not. Nothing worked in that game, and although frustrated at their play and their inability to create offense, the team handled the loss with typical Canadian class and were nothing but complimentary to the Swedish team for their excellent play. Sweden went on to win a silver medal after losing their final game to Switzerland. Canada is still in the infancy stage of learning the dynamics of this curling discipline. It will be interesting next year, when Canada hosts the World championships in Fredericton, to see if there is a ground swell of support for the playing of the game in our country. There is a good chance that this version of curling could be in the 2018 Olympic games as a medal sport. Jim Waite National Team Coach 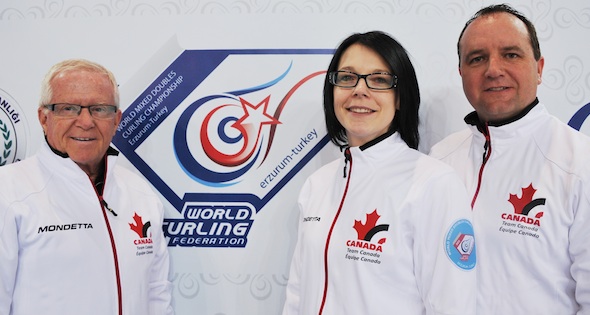