Ferbey’s Coming Back for All the Fun of the Brier

When the 2013 Tim Hortons Brier returns to Edmonton’s Rexall Place, March 2-10, the volunteer ranks could include one notable newcomer – although he’s certainly no stranger to the curling world. 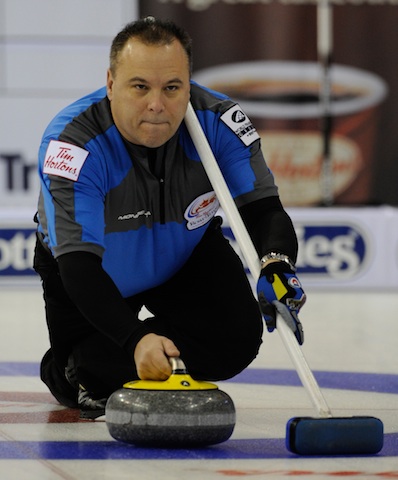 “I’ve had some discussions with Mark Johnson (Host Committee Chair) but nothing’s been finalized yet,” says local legend Randy Ferbey.  “But there’s a pretty good chance I’ll be involved in some respect.” Player relations is one role that has been considered, and with a competitive career that spans nearly three decades, there’s no one in the sport better qualifed for the job. “I won’t be wiping the players down when they get off the ice or anything like that,” he adds with a laugh.  “But it would be fun to be involved in some way.” The Edmonton native has had his share of fun over the years and knows that there’s no better place to find it than at a Brier.  “We always had fun on and off the ice,” he says of teammates Dave Nedohin, Scott Pfeifer and Marcel Rocque.  “The social interaction is such an important part of the sport.  We enjoyed mixing with the fans in the Patch after the games.” “But there was nothing more fun than winning… believe me, the competitive juices were always flowing.  The four of us shared the same goal and that was to win championships.” The “Ferbey Four” was one of the must successful foursomes in history, still standing alone as the only team to win four Brier Tankards with the same lineup.  Ferbey is a six-time Brier winner and also has four gold medals from six appearances in the World Men’s Curling Championship. 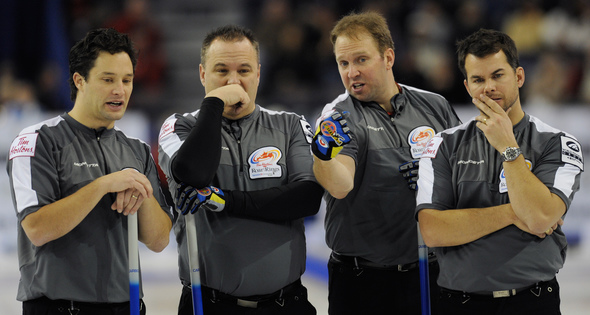 The team’s final national title came at the 2005 Tim Horton Brier in Edmonton when the city set an all-time attendance record.  “I’m really looking forward to the Brier coming back next year,” he comments.  “Obviously, there’s no place in Canada that supports championship curling the way Edmonton does – history has proven that.” “It would have been nice if we could have stayed together and competed here.  The perfect scenario would have been Randy Ferbey walking off into the sunset with one last Brier in Edmonton… but that wasn’t meant to happen.” Now retired from the competitive ranks, Ferbey says he spends more time thinking about golf than curling.  “It just took more and more time over the years to stay at the top and eventually it just gets to be too much.  We spent more time with each other than we did with our families.  We were, and still are, great friends but there comes a point where you have to move on.” “You Gotta Be There” to join one of the greatest names in the history of the roaring game for the 2013 Tim Hortons Brier.  Great seats are available in Rexall Place right now just by clicking here.