Mosaic Place is the Place to Be for Curling

The Capital One Canada Cup of Curling makes its first trip to Moose Jaw November 28-December 2 and one of the primary reasons the city is hosting the elite event is Mosaic Place. 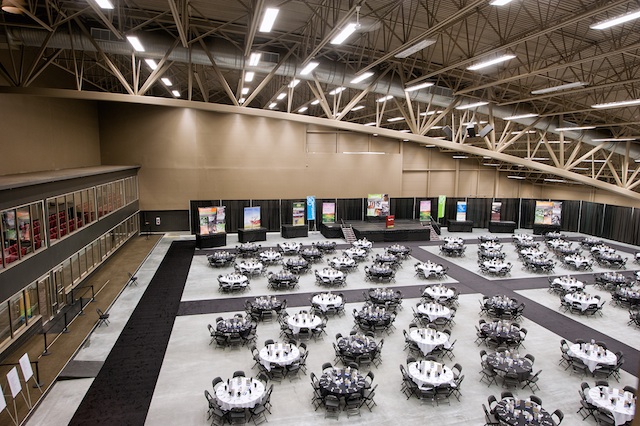 The sparkling new sports and entertainment complex situated at the heart of Moose Jaw’s historic downtown district has been in operation for nearly a year and its impact on the community has been dramatic. “We’ve far exceeded our expectations over the course of the first year,” says Crystal Froese, Marketing & Events Coordinator for Mosaic Place.  “The Moose Jaw Warriors drew great crowds throughout the Western Hockey League season and into the playoffs.  We’ve hosted a national conference, major trade shows and recently a John Mellencamp concert.” It takes a solid year of operation to break into the concert circuit but Moose Jaw is now earning its place on the “A-list” tour schedules with performances by major acts such as Simple Plan and Alice Cooper booked for the near future. “We’re extremely excited to host the Capital One Canada Cup… it gives us the opportunity to showcase the versatility of the facility,” comments Froese.  “We’ll be transforming the hockey arena into a curling venue and the adjoining Moose Jaw Ford Curling Centre will become a party zone.” The fact that Moose Jaw – and the entire province – has such a deeply ingrained curling culture leads her to virtually guarantee the success of the first championship of the season.  “This is the first major sporting event to be held in Mosaic Place so the anticipation is really building…  and the Host Committee has a great group of volunteers dedicated to ensuring our city shines in the national spotlight.” The start of the Capital One Canada Cup coincides with the first anniversary of the grand opening of the 210,000-square-foot facility that features an entertainment/sports bowl, banquet and meeting rooms as well as the eight-sheet Moose Jaw Ford Curling Centre.  The seating capacity for the Canada Cup is expected to be approximately 4,700. 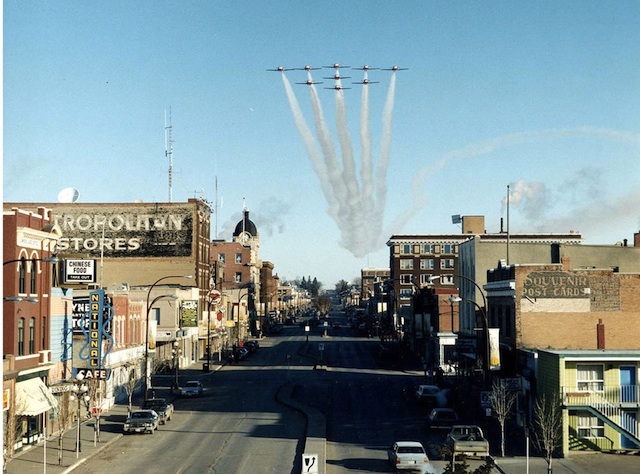 Mosaic Place is the latest of several developments that have led to the revitalization of the downtown district in recent years comments Candis Kirkpatrick, Executive Director of Tourism Moose Jaw. “The downtown was literally dying… I grew up just outside Moose Jaw but we made regular trips to the city and I can say there were maybe three times that I actually went downtown.  There was just nothing there to attract people.” The rejuvenation process began with the colourful murals that are displayed on more than 40 downtown buildings, and the Tunnels of Moose Jaw – where guided walking tours provide visitors the opportunity to explore the tunnels used by early Chinese immigrants and the gangsters and bootleggers of the prohibition era during the 1920s. “The opening of the spa was really the catalyst for the rebirth of our downtown,” says Kirkpatrick.  “We were fortunate to have some visionaries who recognized the potential for the area and had the initiative to take action.” Temple Gardens Mineral Spa Resort is one of Western Canada’s leading spa and hotel complexes boasting the country’s largest therapeutic geo-thermal mineral water pool.  During the Capital One Canada Cup Temple Gardens will serve as the official host hotel. “Now when you go downtown you get the feeling of being in Banff,” says the tourism promoter.  “The area is thriving… without all the revitalization programs there’s no way the smaller boutiques could have survived.” The opportunity to welcome the Capital One Canada Cup is exciting for the community, notes Kirkpatrick.  “To host an event of this stature, especially at that time of year, is just great news for the tourist sector.  Our high season is generally May or June through to mid-September.  When the weather gets cold, it’s a lot tougher to attract visitors… so the Canada Cup is a big boost for the city.” Once people come for an event of this nature, they’re a lot more likely to make a return visit, she adds.  “They tend to come back when they have the time to take in all the other attractions such as the Western Development Museum, Casino Moose Jaw and the tunnels.” For more information on Moose Jaw and its diverse tourism resources, click here. “You Gotta Be There” when the Season of Champions launches the first event of the year in Moose Jaw for the 2012 Capital One Canada Cup.  Just click here to purchase your Full Event pass.