What do the Bathurst Curling Club, Club de Curling Chicoutimi and the Kakabeka Falls Curling Club have in common? They’re all in the running for individual $25,000 grants as part of TSN’s annual Kraft Celebration Tour, the competition for community sports facilities decided by online votes. Not only do winners get the big cheque, but they also become part of a live SportsCentre broadcast from their facility on TSN – or RDS in the case of winning Francophone communities. Curlers can go online  during the tightly scheduled competition to cast a vote in support of each club, which goes head-to-head with another worthy sports facility. The Competitors New Brunswick’s Bathurst Curling Club goes up against the Sussex Tennis Association Tennis Courts on July 16, with voting starting at noon. Club de Curling Chicoutimi faces off against an outdoor trail organization, Plein Air St. Adèle, on July 18. 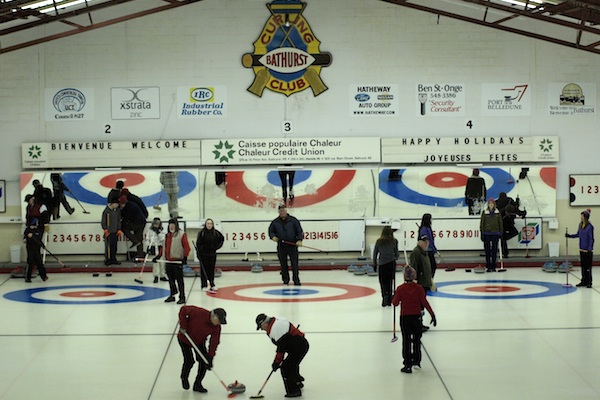 And Kakabeka Falls Curling Club takes on New Liskeard’s Carter Antila Memorial Skateboard Park on July 19. Voting opens at 12:00 p.m. and extends until 11:59 a.m. the following day – a 24-hour window of opportunity to support each of these community curling clubs. Bathurst Curling Club, Bathurst, NB They’ve been curling in Bathurst for over 100 years, and the club has been a gathering place for the community for most of that time. It was the home club of Canadian Curling Hall of Famers Nicholas Thibodeau and Mary McMurray who skipped their respective teams to provincial championships in the 1940s and 1950s.  Over the years, Bathurst CC has hosted numerous provincial championships and special events, including the 2003 Bathurst/Campbellton Canada Winter Games, the 2004 McCain TSN Skins Game and the curling competition for the 2007 New Brunswick Special Olympic Winter Games. But the demands of an aging building mean curlers have to rely on the efforts of volunteers to keep the club going. Last season got off to a slow start when the ice plant failed. Winning the $25,000 grant would go a long way to keeping Bathurst curlers on the ice. Vote for the Bathurst Curling Club July 16 (12:00 p.m.) to July 17 (11:59 a.m.). Read the club’s entry here. 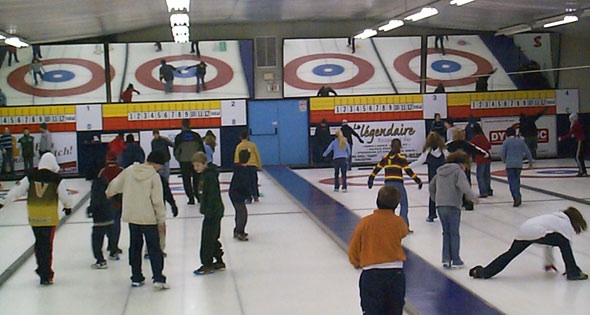 Club de Curling Chicoutimi, Chicoutimi, QC The Club de Curling Chicoutimi, in the Saguenay region of Quèbec, is the place where young and old step out on the ice together. Although most of the members are seniors, a growing group of younger curlers are joining the action by taking up the game as well as participating on the club executive. It’s the home club of Camille Villeneuve, who, at 83, holds the Guinness World Record for having played in the most curling clubs around the world (700!). And it’s also the home of Robert Desjardins, who represented Quèbec at the 2012 Tim Hortons Brier – an event that drew the local community into the club so they could watch “Curling Bob” together on TV. But Chicoutimi wants to attract more curlers, and that means the roof needs attention in order to keep up the quality of the ice. That’s where the $25,000 grant would go, and that’s why the club is hoping for lots of votes on July 18 (12:00 p.m.) to July 19 (11:59 a.m.). Read the club’s entry here. Kakabeka Falls Curling Club, Kakabeka Falls, ON 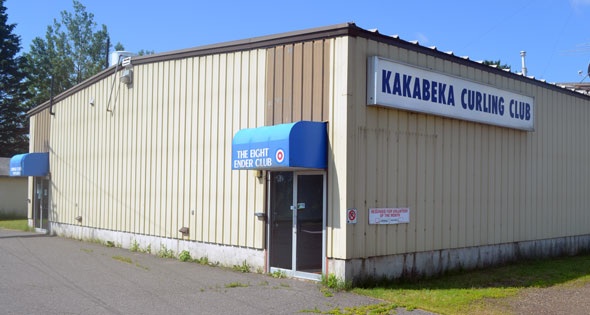 In Kakabeka Falls, legend has it that when the refrigeration system was first installed in the curling club, the local farmers and loggers dropped everything to participate in the annual July bonspiel. But today, the tough economy has hit the region’s farming and logging industries, and curling membership has suffered. Now in its sixtieth year, the Kakabeka Falls Curling Club is working hard to rejuvenate itself, attracting new members, especially among Little Rock and Junior curlers – kids who can benefit from a sport that not only represents the future of curling in the community, but also offers a low-cost alternative to other winter sports. The curling club currently needs repairs to its refrigeration and septic systems, as well as to the roof. The $25,000 grant would go a long way to improving the conditions at the club and help attract even more community members of all ages. So votes are needed on July 19 (12:00 p.m.) to July 20 (11:59 a.m.) to help make the Kakabeka Falls Curling Club’s Diamond Jubilee season the best ever. Read the club’s entry here. Last year, the Sackville Curling Club in Sackville, NB, earned enough votes to win the $25,000 prize.  Can three curling clubs beat out the competition this year? Find out more about the Kraft Celebration Tour on TSN, and be sure to vote for this year’s curling club contenders, July 16 to July 20.