Right now, the spotlight is on the 2012 Summer Olympic Games, but a contingent of Canadian curlers and coaches will be in London too, soaking up the experience as part of their preparation for the 2014 Winter Olympic Games in Sochi. 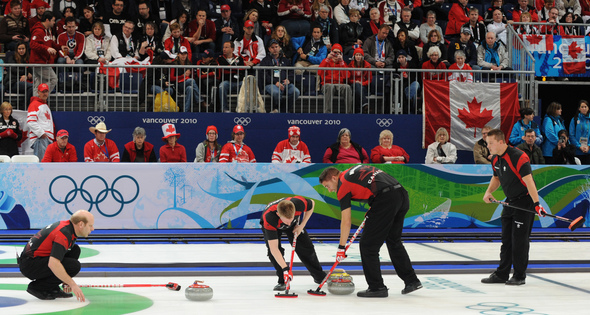 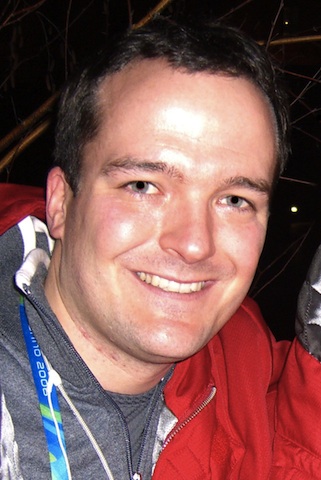 Heading up the newly appointed Canadian High Performance leadership team for 2014 will be Paul Webster, who takes over the role of Olympic Team Leader/Manager from Gerry Peckham, CCA Director, High Performance; Elaine Dagg- Jackson (Olympic Coach Women); and Rick Lang (Olympic Coach Men). “Our new Canadian High Performance leadership team for 2014 is an exceptional combination of experience, exuberance, expertise and enthusiasm,” says Peckham, who served as Team Leader for Canadian curling teams at the past five Olympic Winter Games.  “They will definitely ensure a memorable and well-organized experience for athletes and coaches alike.” Heading to London with Olympic Coach, Rick Lang will be curlers Craig Savill, Mike McEwen, Heather Nedohin and Kaitlyn Lawes along with team coaches Darryl Horne (Team Nedohin), and Chris Neufeld (Team McEwen). For Dagg-Jackson, the Olympic Familiarization Initiative (OFI) program means a huge opportunity for Canadian curlers to get a jump on their preparation for Sochi. “It’s difficult to explain how different the Olympics are from a World Curling Championship – everything is just so much more complicated,” she says. “The COC sport familiarity program provides an experience for athletes and coaches with a first-hand look behind the scenes at an Olympic Games. This means that should they qualify to be the Canadian team in Sochi, they will have a really good idea of how to prepare for peak performance in the Olympic environment.  Although it is not always possible, in high performance sport, there is simply nothing better than having ‘been there’. Everything is more complicated at the Olympics. Fun but complicated.” 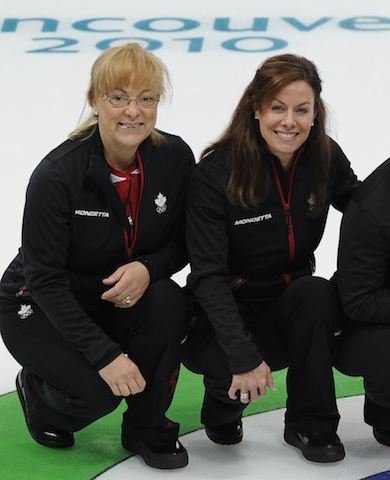 As the new Team Leader for Canadian curlers in Sochi, Paul Webster agrees. He learned the ropes at the 2006 and 2010 Olympics as a fully accredited member of Team Canada’s coaching and leadership team and emphasizes how valuable this opportunity is for both curlers and coaches. “OFI is simply a fantastic program that provides some of our potential Olympic athletes and coaches an inside look at the games.   This familiarity will hopefully allow them to have less anxiety and fewer surprises if they find themselves going to Sochi in 2014.” Horne and Neufeld aren’t guaranteed a ticket to Sochi with their teams (Nedohin and McEwen, respectively) but as high-performance coaches, both appreciate the chance to build their repertoire of coaching expertise. “I’m hoping to get some insight on how things work ‘behind the scenes’,” says Neufeld. “Possibly interact with some coaches of summer athletes to see how they motivate their athletes to provide their best performance at this most critical time.” For Horne, the trip to the Summer Olympics is all about being “a sponge.” Both he and Neufeld are aware of the distractions off the ice that can get in the way of performance on it. The opportunity to see the inner workings of the Olympic village and venues provides the coaching staff with tools they may need to manage their athletes when the pressure of the big event arrives. 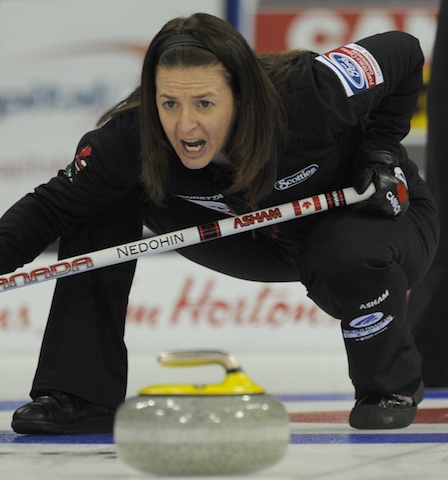 “I am preparing myself now for what lies ahead in two years," says World Women's Curling bronze medalist Heather Nedohin about the trip to London. (Photo: CCA/Michael Burns Photography)

“This is about learning in London how to prepare a team, should we be fortunate enough to win the opportunity to represent Canada at the Olympics in Sochi,” says Horne. “But, I expect there will be lessons that go beyond Olympic preparation – lessons that can be used at the local level in any part of Canada.” As for the athlete experience, Nedohin says it’s all about preparing for the next winter Olympics. “The intent of my trip to the 2012 Summer Olympics is to help me gather the ‘feel’ of the Olympic setting and all that goes on behind the scene,” she says. “I am preparing myself now for what lies ahead in two years.” Preparation, yes; but inspiration too. “To say the least, I am thrilled!” she adds, recalling that when she got the news of her acceptance in the OFI program, she startled her daughter with her yell of excitement. “This will be an experience of a lifetime as I get to witness and breathe in all the aspirations and emotions of athletes unfolding live in front of me,” says Nedohin. “I am a proud Canadian fan so I am truly looking forward to being there to support our athletes. London will hear us red-and-white Canadian curlers loud and clear!”