The 14th Annual Sun FM Working Women’s Open Golf Tournament hit the lush surroundings of the Twin Lakes Golf Course Friday, July 13 and the Continental Cup volunteers were there to share in the fun. 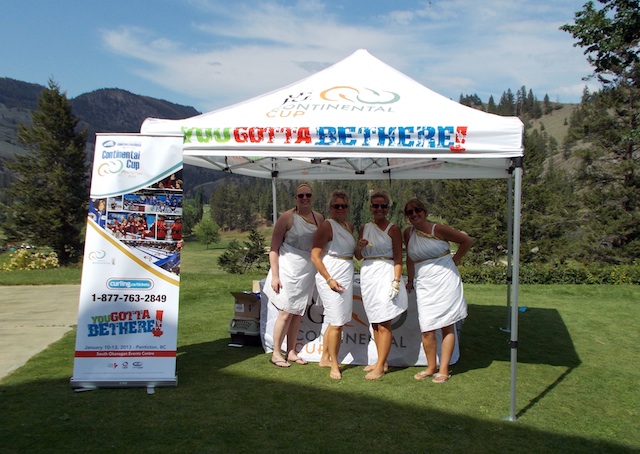 The tournament takes on a new theme every year and “Lucky Thirteen” – with a Vegas-style atmosphere and colourful costumes –  set the stage for an entertaining day in the sunny Okanagan Valley.  Along with an amazing day on the course the participants were treated to lunch, dinner and a silent auction. The Continental Cup crew set up the event booth to distribute promotional materials and host a putting competition.  The golfers had the chance to putt their way into a draw to win two passes to play the world-class Nk’Mip Canyon Desert Golf Course, widely acknowledged as one of the 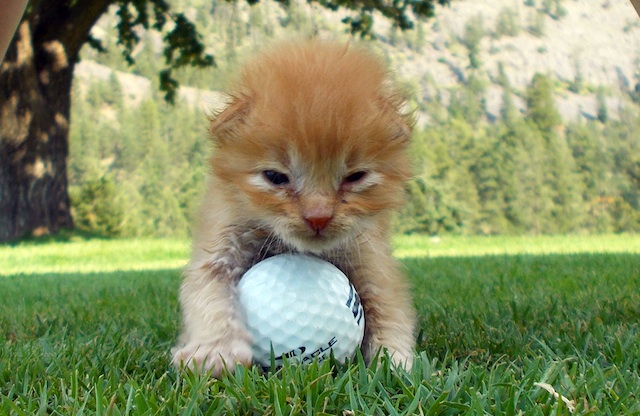 finest in the country.  Nk’Mip is a proud sponsor of the 2013 World Financial Group Continental Cup. The contest came with a unique twist with players using marshmallows rather than golf balls.  Angie Miller, in her first time playing the game, came away with the prize. But the biggest star of the day was Baby Skip, a two-week-old kitten rescued by the Alley Cat Alliance shelter organization after being found abandoned in OK Falls.  He spent the day in the Continental Cup booth, soaking up the attention of everyone who took part in the tournament. “You Gotta Be There” to see the best curlers in the world compete in the 2013 World Financial Group Continental Cup, January 10-13 in the South Okanagan Events Centre.  Get your tickets now by clicking here.