For curlers who just can’t seem to pack away their brooms and sliders at the end of the season, summer curling events fill the gap between last year’s closing and next year’s opening bonspiels. They pop up all across the country – summerspiels that draw curlers (and often non-curlers) to curling facilities that might otherwise be sitting idle during the hot summer months. Maybe it’s a joint operation with a community event, or a local golf club, or a kids’ curling camp. 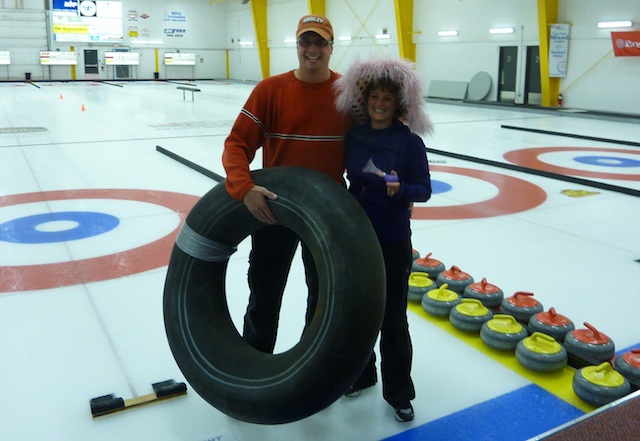 That’s the case in Leduc, Alberta. The Alberta Rocks summer curling camps for juniors had been running for over ten years, with ice going in at the beginning of August. Once the kids were done, the ice beckoned, so the club organized its first Martyshuk Housing Summer Bonspiel. This year’s event, happening August 24 to 26, will be its third. “The focus,” says Leduc Curling Club manager Randy Olson, “is on the fun and social part that goes along with any summer bonspiel.” Men’s, Women’s, Mixed and Open teams are all invited to take part over the weekend, with a separate Sturling curling event (two curlers, no sweeping) run by the club on Friday night. And that’s not all. Two-person teams can make a donation to Martyshuk Housing – a community organization that helps find housing for those in need – and hurl each other down the ice for fun. “We have ‘Tube’ curling in the evening,” says Olson. “An individual sits inside a large inner tube and the other individual pushes them to try to get to the rings at the other end.” Ice is not a problem in Leduc, thanks to the curling camp, but it can be problem in smaller facilities that might be turning on the plant early for the express purpose of running a summer spiel. 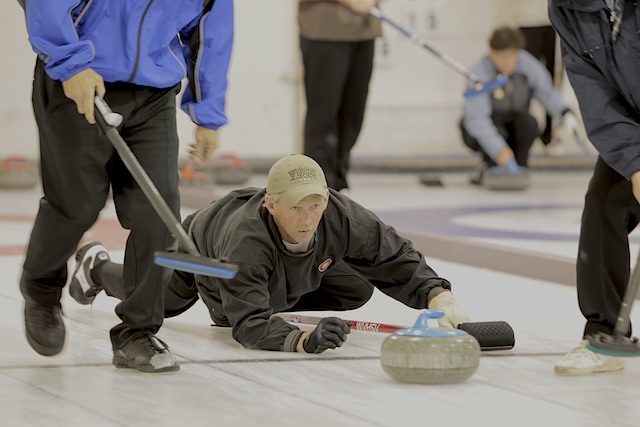 That’s what happens in Irma, Alberta, where the 26th Annual Irma Summerspiel wrapped up earlier this month. Making ice was particularly challenging this year, says event president Chad Lawson. “It is very difficult to get the best ice possible with temperatures at 30C and above.” No kidding! Lawson describes past years in which the fog was so thick that spectators couldn’t see the other end. “The ice collects a lot of frost throughout the week and it takes a great ice maker to continuously change settings to try to find the best ice possible. We have also been challenged with storms that go through the week before as we are trying to put the ice in – and the plant goes down.” Ice-making problems aside, the Irma Summerspiel provides a week-long spiel that includes a Sturling curling event as well as a traditional bonspiel involving 48 teams – men’s, ladies’ and mixed. This year, says Lawson, the event attracted some younger teams as well, a welcome addition to the mix. It’s not all about curling, either. The small organizing committee (about eight people, says Lawson) focuses on attracting lots of curlers and non-curlers to Irma and getting them involved in a series of fun activities that include slow pitch, golf and a parade. “During this week, our small town of Irma, with a population of just over 500 people, nearly doubles in size with this event,” says Lawson. The summerspiel brings the small community together and helps raise money to maintain the curling rink during the year. Summer bonspiels are about curling, certainly. They’re sometimes about raising money or supporting a good cause. But the ultimate goal? Rule number 6 at Leduc’s summerspiel has it right: “Most important rule of them all – Have Fun!!” 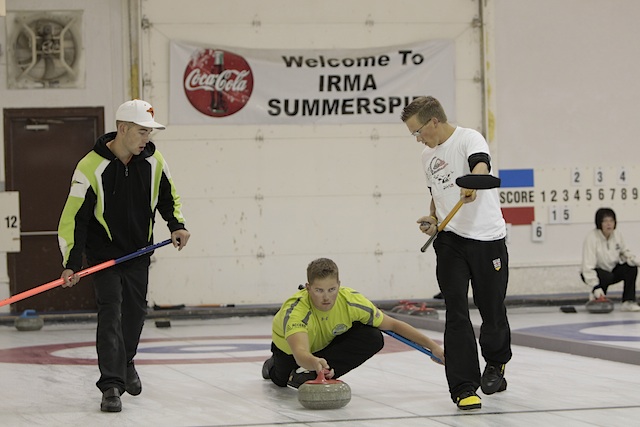 Note: The 2012 Martyshuk Housing Summer Spiel in Leduc, Alberta, is still accepting registrations for its event starting on Friday August 24. Check the website for details.