Last year our top competitive curlers battled for the opportunity to lay claim to a national title, compete for a world championship and secure a berth in the Canadian Curling Trials with the hopes of representing Canada at the 2014 Winter Olympic Games. When the 2011-2012 Season of Champions came to a close, 14 teams stood above the rest among an incredibly talented group of contenders – seven men’s and seven women’s – and they’ll all converge in Moose Jaw November 28-December 2 to compete in the 2012 Capital One Canada Cup. Full Event packages are on sale now but the clock is ticking on the Double Impact option featuring two seats for seven draws priced at just $279.  It includes Wednesday through Friday evening draws as well as all the action on championship weekend.  The deadline to purchase your package is October 1st. 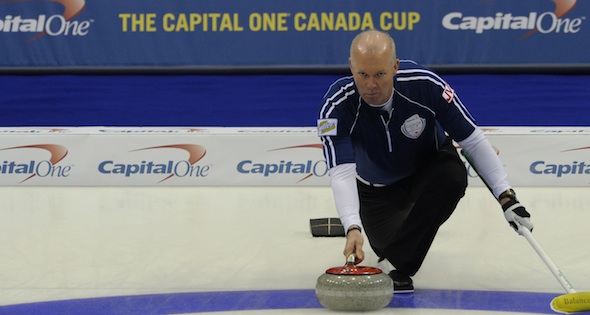 Moose Jaw Mayor Glenn Hagel is one of the biggest proponents of the event… and one of the first in the city to reserve seats in Mosaic Place for the first championship event of the new season. “I’m not a curler, but I’m a big curling fan,” says Hagel.  “My wife and I made sure we got our tickets early.” Hagel has served as Mayor since 2009 after sitting as a member of the Saskatchewan Legislature for more than two decades, including a term as Speaker of the House.  With a civic election on the horizon this fall, he has decided it’s time to step down and spend more time with his family. 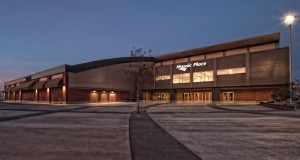 One of the crowning achievements of his three-year term is the completion of Mosaic Place, the state-of-the-art sports and entertainment complex in the heart of downtown that has been a long-time priority of the city’s downtown development strategy. “This is the first national sporting event to take place in Mosaic Place, making it a source of great pride,” comments Hagel.  “And we expect it will be the first of many we’ll host over the years.” The fact that a major curling championship will introduce the new facility, and the community itself, to a nationwide audience is “extra special”.  “Saskatchewan is the only province in Canada that has designated curling as its official sport.  Even people who don’t curl totally understand the strategy of the game… we have a lot of well-informed spectators.” For those who still don’t have tickets for the Capital One Canada Cup, the Mayor offers some sound advice.  “Get them early because they’re going to go fast… and if you’re from out of town, book your accommodations now because we fully anticipate a full house!” “You Gotta Be There” for the 2012 Capital One Canada Cup when the top-ranked teams in the country hit the ice in Mosaic Place.  Purchase your Full Event pass now by clicking here.