Moose Jaw is renowned for turning out an impressive number of high-calibre curlers who have moved on to excel at the championship level in provincial, national and international competitions. So what’s the secret of the community’s success?  Many would suggest it’s a direct result of a solid junior program that has introduced young curlers to the game at an early age, providing guidance on sound technical skills and the encouragement to pursue their goals. 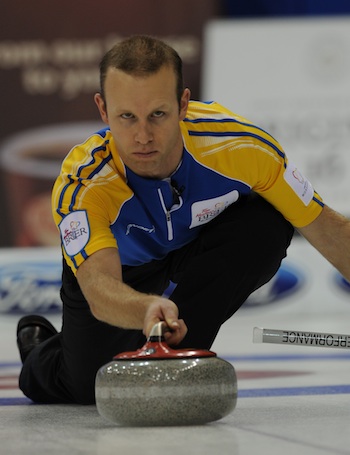 The junior curling program at Lindale Elementary School has been one of the most significant contributors to Moose Jaw’s curling legacy with an alumni that includes the likes of Amber Holland and Pat Simmons – who will be competing at the 2012 Capital One Canada Cup in Mosaic Place throwing third stones for the Kevin Koe team. The graduation roll also includes other notables such as Penny Barker, Derek Owens, Jason Ackerman, Cindy and Angela Street, and Allison and Ros Tanner – all making their marks in the world of competitive curling. “I got involved in 1994 when I first started teaching,” recalls Kathy Morash who currently heads up the Lindale program.  “It was established by Gary Cornish, Roger Cropp and Tom Findlay… when they found out I had an interest in curling they brought me on board and took me under their wings.” After the retirement of her mentors, Morash inherited sole responsibility of the program and it has continued to flourish ever since, including a recent expansion to include the rest of the city schools. “Initially, we were part of a rural school division even though we were actually a city school,” says Morash.  “We would get the kids out to learn the game during the year and organize a bonspiel at the end of the season.” A realignment that placed Lindale in the Prairie South School Division brought some changes.  “We used to get the kids in grades 3 to 5 out on the ice but it became too difficult based on the numbers involved and safety considerations.” The Rocks and Rings program, coordinated by the Canadian Curling Association, now fills the role of introducing the “Little Rockers” to the game while on-ice instruction focuses on grades 6 to 8. Two years ago – on the suggestion of fellow Moose Jaw teacher Bruce Fritzler – Morash enrolled her curling recruits in a citywide program that now sees more than 100 youngsters on the ice every week at the Moose Jaw Ford Curling Centre. “It’s just so great to see a hundred kids out there having so much fun curling,” comments the Lindale teacher.  “We’ll just keep sliding on as long as we can… we teach the fundamental skills, but probably the biggest component for me is the introduction to the social aspect of the sport.  The kids learn a game they have the opportunity to play for a lifetime.” 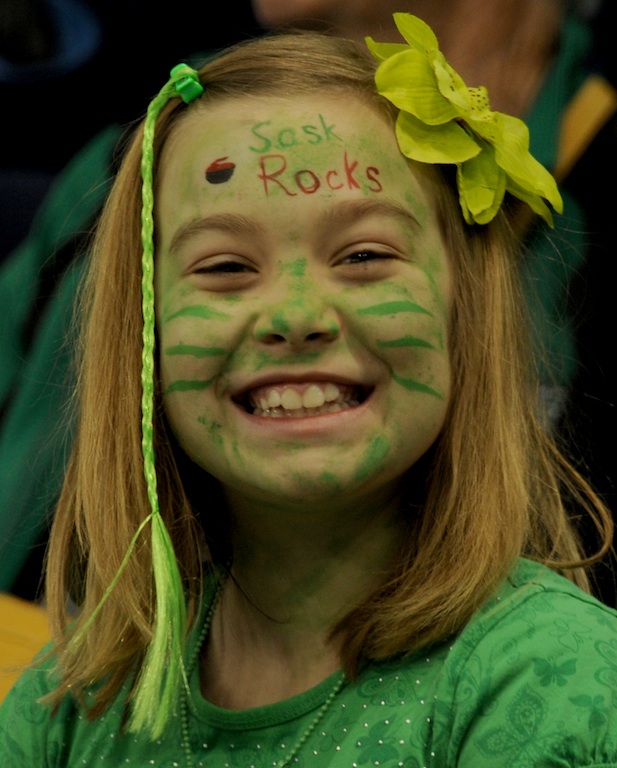 The curling kids are alright in Saskatchewan (CCA Photo)

With the Capital One Canada Cup coming to Mosaic Place November 28-December 2 she hopes for the opportunity to be there with her students in the stands to see the very best curlers in the country.  “We were there for a draw last year when the city hosted the provincial junior playdowns and we took a trip to Regina in 2011 for the Ford World Men’s. They have a great time seeing the biggest names in the game and as coaches we can point out some of the things we’re trying to teach.” An interesting twist on the local youth movement came this past January when a Riverview High School team, competing in the 14 to 18 year age category, registered the first 8-ender in the history of the recently-opened Moose Jaw Ford Curling Centre. “The adults behind the glass were more excited than the kids on the ice,” says Trish Yeske, coach of the Riverview team.  “I really don’t think they had any idea how rare an 8-ender is.” Yeske, an avid supporter of the Moose Jaw High School Curling League for the past eight years, feels the opportunity to get involved in the game is important to the development of many of the young curlers. “It’s nice to take the younger kids, some who just aren’t suited to more aggressive sports like football and basketball, and see them find their niche in curling.” An exciting way for young curlers to experience the Capital One Canada Cup is through the SaskEnergy Junior Stars program open to applicants starting Thursday, August 30. All Saskatchewan curlers between the ages of 11 and 19 are eligible to enter, with one Junior Star assigned to each of the 14 teams.  The winners will receive a ticket for themselves and two guests, an official Junior Stars jacket, a gift package compliments of SaskEnergy and the Capital One Canada Cup, a photo with their team and introduction at the pre-game ceremony. Applicants must submit a 150-word essay which describes “How I give back to my community.”  The deadline is October 22 and there’s no cost to enter.  One entry is allowed per person.  Full details will be available online at curling.ca/canadacup. “You Gotta Be There” when curling fans of all ages fill Mosaic Place for the 2012 Capital One Canada Cup.  Make sure you get your seat before the house sells out!  Just click here to purchase your tickets today.