The promotions team for the 2013 Ford World Men’s Curling Championship, setting sail for Victoria next spring, was at the heart of the action at the scenic Inner Harbour August 17-19 for one of the most spectacular events of the summer. 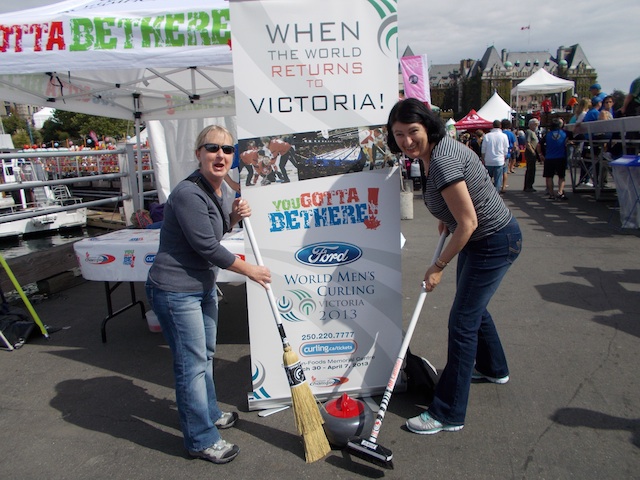 The annual Victoria Dragon Boat Festival attracted 90 boat-teams from across North America to compete on the 500-metre course.  The unique celebration of culture and sport included three days of racing along with a host of multi-cultural entertainment, crafts for the kids in the Children’s Tent and a tantalizing array of cuisine in the Forbidden City Food Court. “Victoria is a city that embraces festivals and events,” commented Festival General Manager Glenys Haskins.  “We are so lucky to hold this festival in the Inner Harbour… one of the most beautiful venues for dragon boating in the world.” The Ford World Men’s booth was on the scene, hosted by a contingent of ever-enthusiastic volunteers, to promote the festival-like atmosphere crowds can expect at the world championship slated for the Save-On-Foods Memorial Centre March 30-April 7.  The volunteers were kept busy all weekend long providing event information and addressing ticket enquiries. The next stop on the marketing schedule, and the last of the summer season, is the Great Canadian Beer Festival September 7-8 at Royal Athletic Park.  The modest festival that originated in 1993 has grown to become a truly international event.  Over 55 craft breweries from across Canada and the United States – and as far away as Australia – gather annually in Victoria, drawing crowds in excess of 8,000. With the longstanding relationship between curling and beer, the event is a natural fit for the Ford World Men’s promoters.  Make sure you stop by the booth for a visit! “You Gotta Be There” for the excitement on the ice and the party in the Patch when the Ford World Men’s Curling Championship returns to Victoria.  Tickets are available now by clicking here. 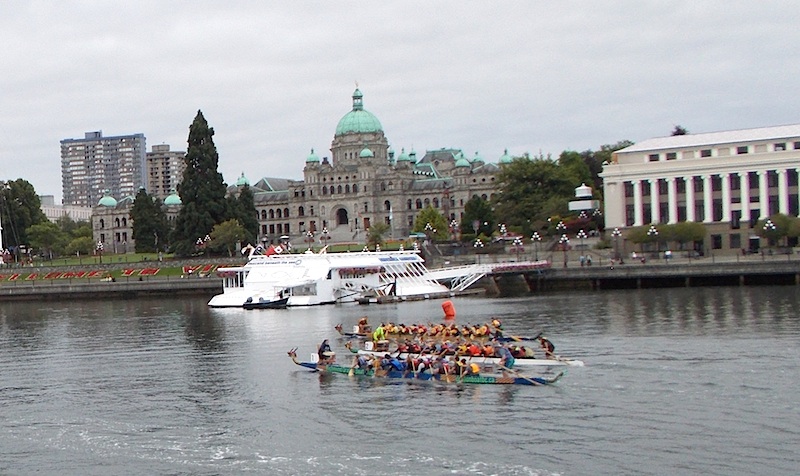