Welcome back to another season. It’s hard to believe the time has already come to dig out our curling shoes and a dust off our brooms. And what a difference a year makes… This time last year at the Calgary Winter Club, we were waiting patiently on construction delays. The Club is currently undergoing a huge multi-sport expansion which will include a running track; climbing wall; gymnastics room; music rooms; added fitness, tennis, and squash facilities; and much more. The curling area had to be modified slightly to accommodate the added facilities. Ultimately we would end up waiting until January 2012 to start our season. 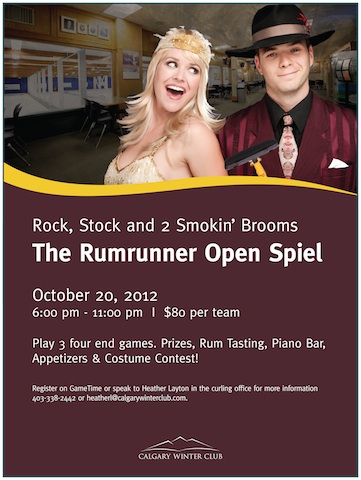 How to draw curlers back after a tough year? Give them a fun open bonspiel! (Photo courtesy Kim Perkins/CWC)

At first the ice delay was a nightmare. Our numbers were down and there were questions by some members as to whether or not we’d ever recover. The curling committee looked at the drop in numbers as a motivator, an opportunity: this was our chance to build excitement and win our membership back. A committee of six people was struck with three staff members and three volunteers. The committee came up with four ideas to implement this season which would invite and encourage past curlers to come back and entice new curlers to begin. Our first idea was to mail “we miss you” cards to each curler who had not returned last season. The cards featured a cute curling rock crying on the front page with the words “We Miss You” written simply underneath. Inside, the card featured detailed information about the upcoming season. The cards were sent to both juniors and adults. To kick off the season we wanted to offer a fun open bonspiel. We came up with Rock, Stock, And Two Smokin’ Brooms: the Rumrunner Spiel. This will be a speakeasy style bonspiel with rum tasting, a piano bar, and fun four-end games. We also decided it would be a good time to launch an open doubles league. We came up with an attractive day and time and a clever marketing plan. We offered information about doubles curling in the newsletter and also provided an information session at our AGM last week. Our fourth idea was to launch a training center for junior curlers ages 12 through 21. This unique program will allow juniors to begin high-performance training as either individuals or teams. We will be offering on and off ice training, guest speakers, practice ice, and coaching resources. It’s too soon to tell whether the committee’s efforts have been successful. I am optimistic that because of our plan to overcome the challenges of last season we stand to have our most successful season yet. I’ll be sure to keep you posted on our progress. In the meantime I hope you took away some ideas for breathing new life into your own club. 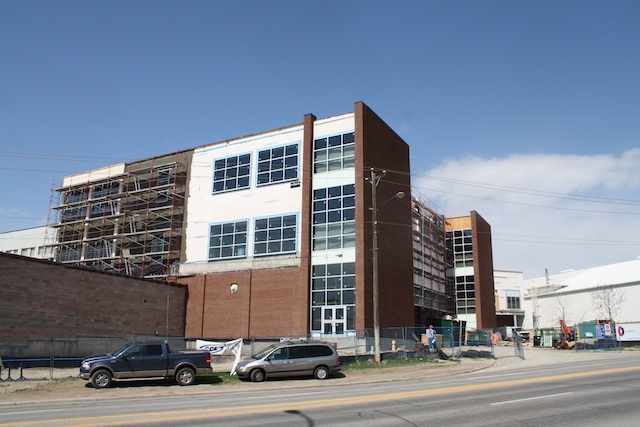 The Calgary Winter Club expansion in progress – a challenge that faced curlers during the 2011-2012 season. (Photo courtesy Kim Perkins/CWC)