Curling for a Cause: the Capital One Celebrity Bonspiel

Big-name curlers are unfailingly generous with their time both on and off the ice, especially when it comes to supporting a good cause. Many fans of our sport are familiar with the CCA’s Charity of Choice, the Sandra Schmirler Foundation, and have recognized high-profile athletes on TSN Telethons over the years, raising hundreds of thousands of dollars to support the care of premature and critically ill babies in hospitals across Canada. 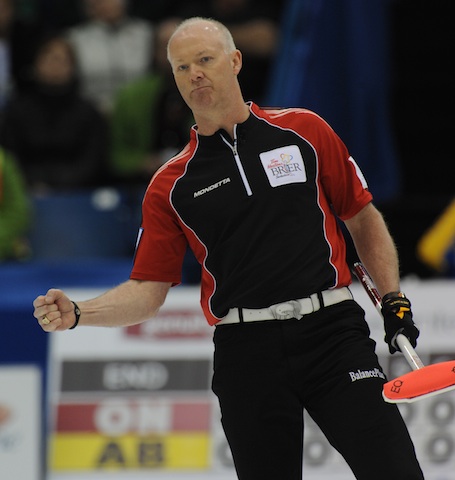 Glenn Howard: "Curlers have this inherent characteristic to "give back". We all know where we have come from and appreciate everything we have."(Photo CCA/Michael Burns)

Another perfect example of these “celebrity” skips giving back to great causes occurred on June 2, 2012, when twenty-six of them were teamed up with enthusiastic curlers of all levels to compete in the third annual Capital One Celebrity Bonspiel at the Toronto Cricket, Skating and Curling Club to benefit The SickKids Foundation. We asked three of the celebrity skips – Reid Carruthers, Glenn Howard, and Heather Smith-Dacey – about their experience at the ‘spiel, and why they got involved. Your involvement: Who/what got you involved in this event? What were your impressions the first time you participated – on and off the ice? Reid Carruthers: Pete Steski [co-chair of the event, and also a curler] asked if I would participate the summer after our team was fortunate enough to win the World Championships.  I had a fantastic time the first year meeting new people and hanging out with old friends, so coming back this year was an easy decision.  It’s a nice way to cap off the end of the competitive curling season and for a great cause. Glenn Howard: I was approached to be part of the inaugural event three years ago by Peter Steski. Peter explained the whole concept, the cause, the bonspiel and the premise. It took me all of a few seconds to commit my involvement. I have been a proud participant for all three years. The committee has developed the perfect formula for a successful event. Heather Smith-Dacey: Peter Steski and I have been curling friends for a long time (since juniors). He reached out to me after the Scotties in 2011 and asked me to participate. My first impressions were that this is a high quality event with amazing people involved – both the players that raised money to play and the organizers. It was also an honour to be amongst some of the best players in the world who participate as skips at the event. 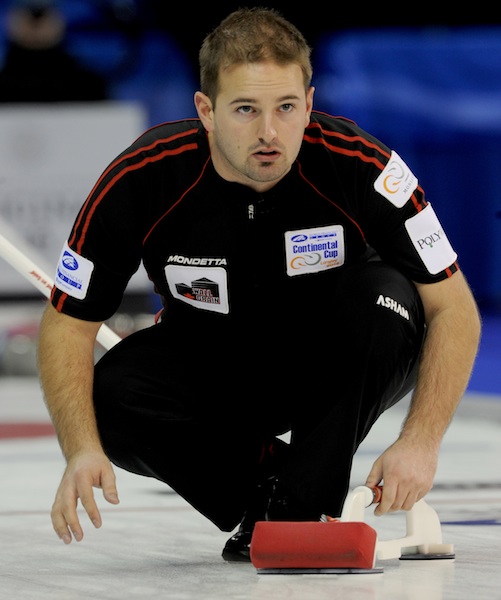 Reid Carruthers: "We know the importance of giving back because without the support from the public our sport wouldn't exist." (Photo CCA/Michael Burns)

Highlights of the event this year – or past years? Great moments? Memorable people? Reid Carruthers: Definitely the laughs shared during the banquet evening.  Pete is so funny that even when he is not funny we are laughing at him! Glenn Howard: To me the greatest highlights to date have been the announcements made at the end of each event as to the incredible amounts of monies raised. The committee, sponsors, fundraisers and participants outdo themselves each year and raise more and more money. The emotional look on all the faces when the amounts are announced is amazing. Other great moments are simply enjoying the participants as they enjoy the entire event and all it has to offer. The curlers, celebrity curlers and organizers simply have an awesome time for an awesome cause. Heather Smith-Dacey: I have had the same top fundraiser select me two years in a row [for his team] because he has a Nova Scotia connection…such a great guy! Curlers and charity events: Why do you think curlers are so generous about participating in charity events, during the season and beyond?  Reid Carruthers: Curlers understand how to have fun.  We are all, in general, down-to-earth regular people doing extraordinary things.  We know the importance of giving back because without the support from the public our sport wouldn’t exist. Glenn Howard:  Curlers are the greatest athletes in the world! We are average “joes” who love to play an amazing sport. Curlers have this inherent characteristic to “give back”. We all know where we have come from and appreciate everything we have. Giving back to a charity of any kind is something we ALL want to do and we do it. No complaints – we love to do it! 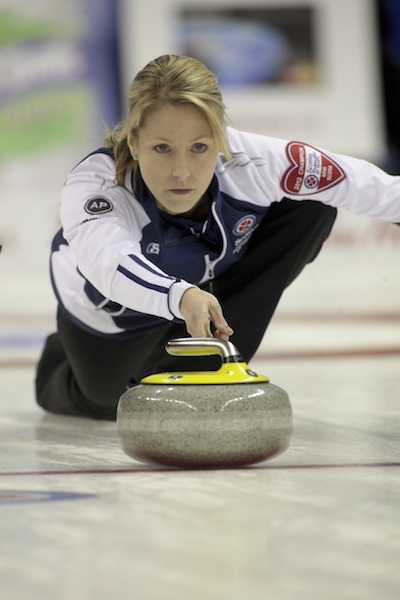 Heather Smith-Dacey: "It is truly our pleasure to give our time for such a worthwhile cause. And did I mention that it's a lot of fun?" (Photo CCA/Andrew Klaver)

Heather Smith-Dacey: I think we are all just normal people who actively participate in our communities. It is truly our pleasure to give our time for such a worthwhile cause. And did I mention that it’s a lot of fun? The event was a huge success, raising $100,000 for The SickKids Foundation. Any last thoughts about the Capital One Celebrity Bonspiel? Reid Carruthers: It is amazing to see this event grow each year to new heights.  A great cause and a fantastic time had by all! Glenn Howard:  I too have had an incredible experience with Sick Kids Hospital when my son had an operation at the young age of three. The professionalism and quality of care was second to none.  I would just like to commend and congratulate Peter Steski, Jeff Steski, Kevin McCafferty and their entire committee for an exceptionally well run CapitalOne Sick Kids Celebrity bonspiel. I would also like to thank CapitalOne and Ian Cunningham for their continued sponsorship involvement year after year. Folks you guys have out-done yourselves again! Keep up the great work. Heather Smith-Dacey:  I have two children of my own and being part of an effort to help Canadian children get better and live ‘normal’ lives is a cause that I think any of us could support. These events would not happen if it weren’t for people like Kevin, Pete, and Jeff. They are the heroes who had the vision to make a difference. For information about the 2013 Fourth Annual Capital One Celebrity Bonspiel in support of The SickKids Foundation, you can visit the event website.