They may have moved to a variety of different addresses, and yes, they may have been forced to take a few breaks (World Wars will do that to a schedule). But curlers in Vancouver have been finding ice for one hundred years, and this season they’re planning to celebrate that milestone. 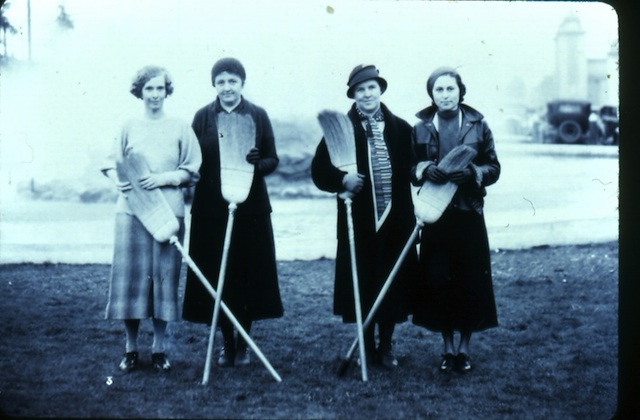 The ladies of the club, 1934 (Photo courtesy Vancouver Curling Club)

“The buildings, curling equipment and clothing have certainly changed over the last century,” says Scott Allen, Vancouver Curling Club President. “But what hasn’t changed is the fun and community sport spirit generated by friends and competitors gathering on the ice to enjoy the roaring game.” The VCC’s first home was on Denman Avenue. It moved to The Forum at Hastings Park in the 1930s, and from there to a club facility on Dinmont Street (near Queen Elizabeth Park) from 1949 to 2011. 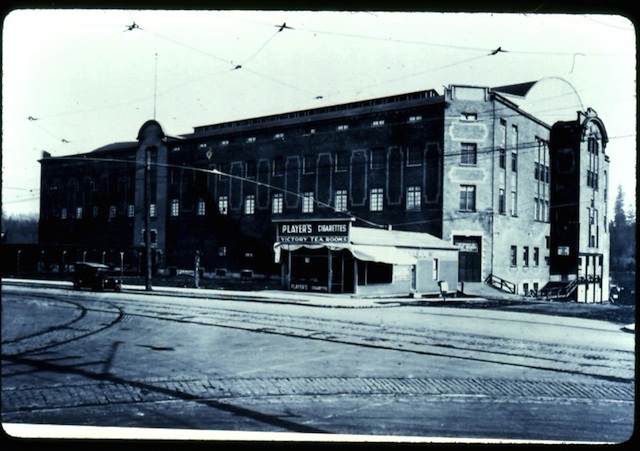 In August 2011, the VCC took over its current home at the Hillcrest Centre, previously the venue for the wildly successful curling competitions at the 2010 Vancouver Olympics and Paralympics. Here, the club thrives with more than 1,100 members playing in 20 leagues. Add in regular curling rentals from September to April, and you get the picture. This club is rocking – and its centenary is another big reason to celebrate. The 100th Anniversary event schedule includes a Gala Banquet on Friday, October 12 as well as a “Celebrate the Decades” Funspiel the next day, along with an Open House. Past and current VCC members are encouraged to come down to the club at 1 p.m. on Saturday, October 13 for a photo shoot: organizers are hoping to recreate the historic photo taken at the 1949 opening of the club’s previous home on Dinmont Street. Events like this don’t happen by magic, of course. A year ago, the Board decided on Fall 2012 as the celebration period, and since then, a hardworking committee has been planning the details. Committee chair Kathy McInnes, a VCC past president who is currently Board secretary and Chair of the Special Events Committee, leads a group of ten individuals supported by two staff members. 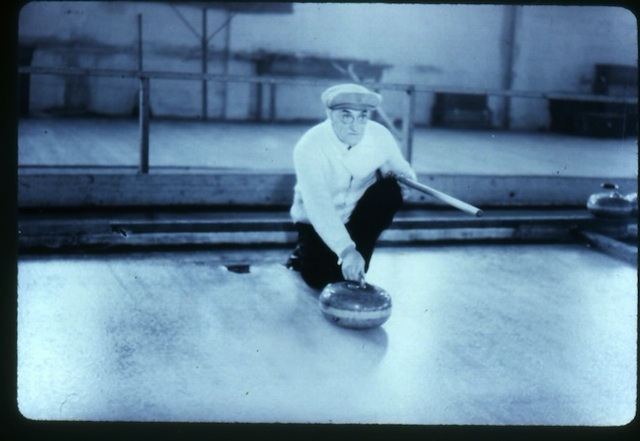 In 1921, a curler gets ready to throw at the Denman Avenue home of the VCC. (Photo courtesy Vancouver Curling Club)

“Committee members cover a wide diversity of the Club’s membership and leagues, and [the committee] includes individuals who have been VCC members for a few years and for a few decades,” says Allen. Club celebrations involve everyone, whether participants are part of the planning, working behind the scenes, or joining the celebration to enjoy the events. VCC prides itself on how involved, committed and diverse its members are. “The VCC is proud to be an urban curling club whose membership reflects the diversity of the City of Vancouver,” says Allen. “We have a wide range of curling expectations amongst our members – from those purely interested in only the social aspects to newbies and veterans alike who want to challenge their competitive spirits on a regular basis.  With the move to our new facility last year, the members who have made up the Board of Directors over the past five seasons have been conscious to always look forward and make sure we were ready to grow into our new home.” And just like so many other clubs, it’s all about the volunteers. “We have dedicated volunteers who organize and run almost all of our 20 leagues, organize and deliver first-rate bonspiels, support our staff at other special events, and provide professional expertise ranging from media relations, space planning and procurement to fundraising, strategic planning and legal counsel,” Allen says.  “We are proud of our enthusiastic staff team that guides the daily operations of the Club with membership satisfaction as our number one priority.” Yes, there’s much to celebrate at the Vancouver Curling Club this season – both looking back, and into the future. For more information about the festivities, check out the club’s special 100th Anniversary Celebrations website. 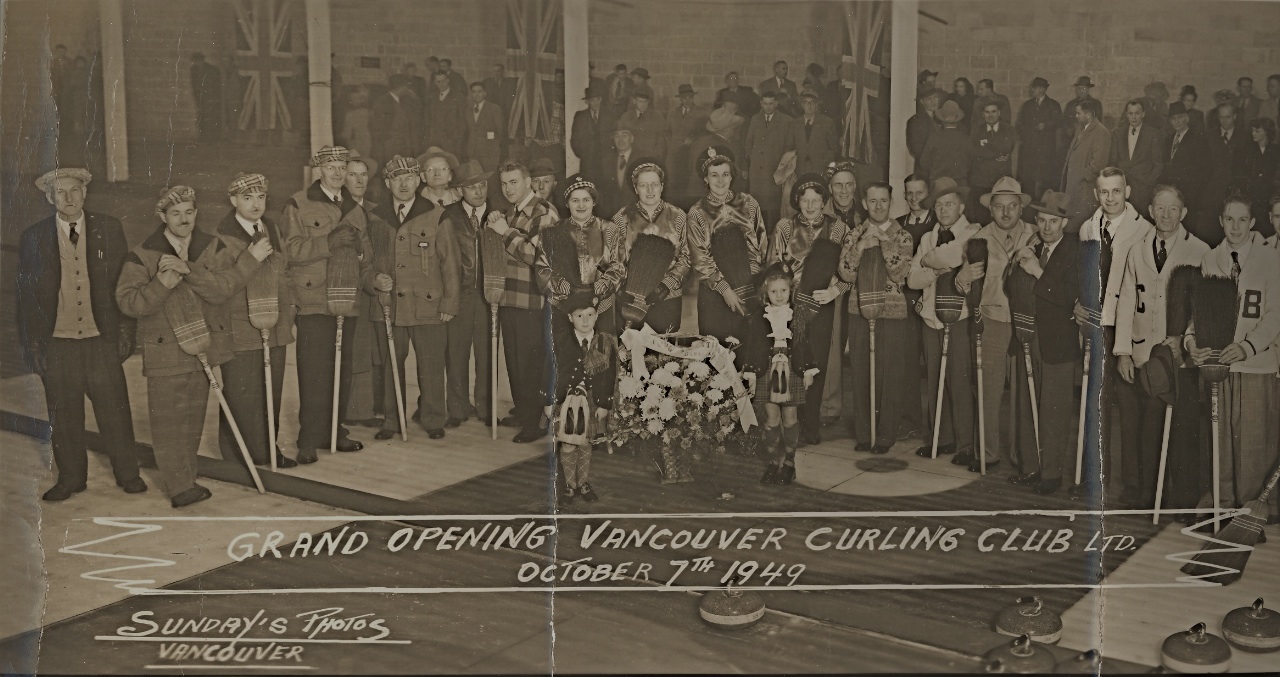 The 100th Anniversary celebration includes an attempt to recreate this photo – from the 1949 opening of the “new” VCC on Dinmont Street . (Photo courtesy Vancouver Curling Club)