As the curling season approaches, new curlers are being introduced to the game at clubs across the county. On Tuesday morning, The Ottawa Curling Club hosted a special Learn-to-Curl session: under the watchful eye of OCC Curling Professional Earle Morris, The Honourable Bal Gosal, Minister of State (Sport), took to the ice, joined by local high-performance curlers Craig Savill, Rachel Homan, Alison Kreviazuk, Emma Miskew and Lisa Weagle. 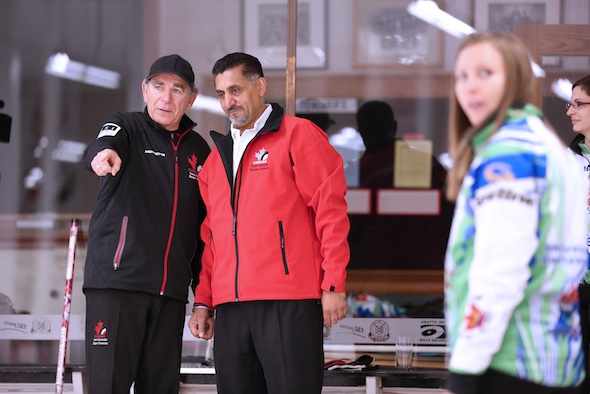 Wearing an official Team Canada curling jacket presented to him by the players, Mr. Gosal received a short lesson on how to deliver the rock and how to sweep, then joined Savill, Miskew and Weagle in a two-end game against a team made up of Homan, Kreviazuk, and two members of the Minister’s staff. Mr. Gosal’s abilities were immediately evident, according to his instructor. “We gave him a five-minute lesson on how to throw a rock, and he was a natural,” reports Morris.  “First rock of the game – draws into the house. Second rock – taps up his first draw into the eight-foot.  Second end – throws his first draw into the eight-foot, and his last shot is just a bit heavy on another draw.” “Seventy-five per cent is pretty darn good for any curler,” says a very impressed Morris, “let alone someone who has never thrown a rock before.” Equally impressive was Mr. Gosal’s sweeping technique. Playing in the front end with Savill, the beginner matched the world champion “brush stroke for brush stroke, sweeping every required rock,” says Morris. “No wonder his team won the two-end game by a convincing 3-0 score.” httpvh://www.youtube.com/watch?v=msro-wngfoQ Mr. Gosal, the Member of Parliament for Bramalea-Gore-Malton, says he has watched curling on TV, but didn’t understand the game and wanted to learn more about it. Coming from an athletic background – he has played soccer since childhood and is currently a Level 2 soccer coach – he recognizes the appeal of curling as a sport that people can play for life. “It’s amazing. It’s a tough game, a tiring game,” says the Minister about his first-ever curling experience after coming off the ice. “You’ve got to be fit and ready for this game.” Mr. Gosal has some advice for anyone who is thinking of getting started in curling – or any physical activity. “Come out and try it,” he says. “Any sport, any physical activity, you have to come out and try it. Once you get involved in it, then you start playing it. But it is important to come out and try it first.” “Sport creates healthy communities,” Mr. Gosal said after his successful session on the ice. “We want every kid to get involved [in sports], all ages to get involved. That’s what creates a healthy nation. Canada is a leading sport nation and we want to remain that way.” Photos from the Minister’s Learn to Curl session at the Ottawa Curling Club 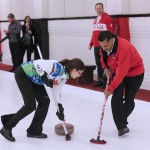 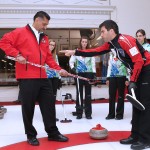 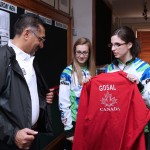 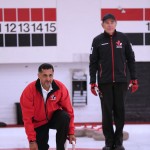 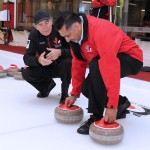 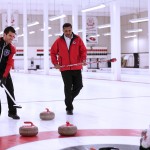