Picture this: your curling centre has a terrific social bonspiel coming up soon, and you want to get the word out to participants. You also want to entice some non-curlers to check out the action at your club and maybe give curling a try. Great! You’re all set – but what’s the best way to spread the news? 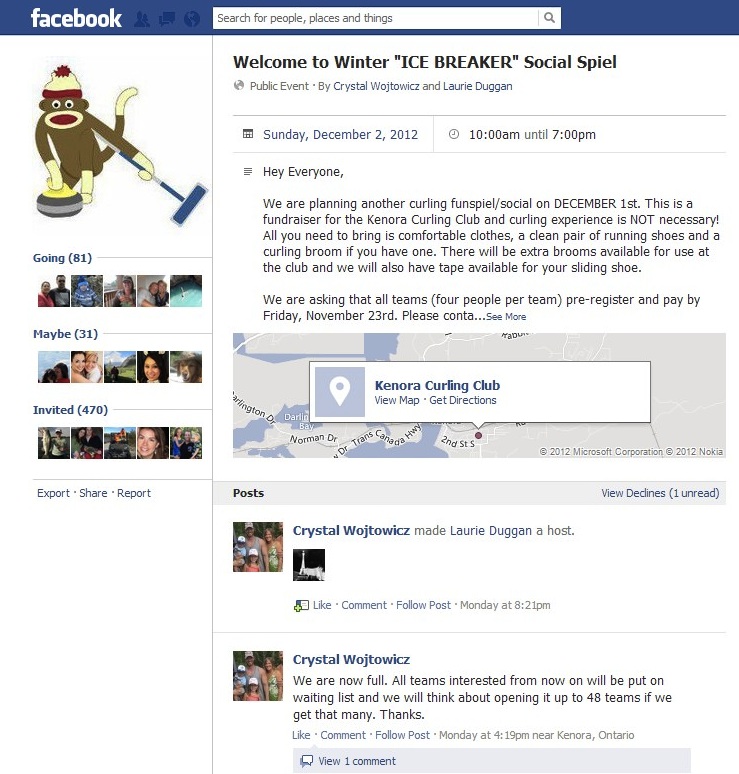 Have you considered using social media to get your bonspiel planned, filled and rolling? That’s what Kenora Curling Club’s Crystal Wojtowicz and Laurie Duggan have been doing since 2007 with the local Welcome to Winter “Ice Breaker” Social Spiel, an event aimed at getting non-curlers through the door and onto the ice. “Our event is a Social Curling Funspiel focused on non-curlers,” says Wojtowicz. “We started the event in March 2007 as a fundraising event for our club, The Kenora Curling Club, and to introduce our non-curling friends to this social sport. We thought it was a great idea to hold something different to do one weekend where everyone could get together in a group setting. It was so successful that we have continued it every year and each year we get more and more teams. Our last one in November 2011 had 36 teams! We are running our sixth event on December 1st and are hoping to get 36 teams or more.” At the Ice Breaker, the emphasis is on fun. It takes place all in one night, from 5:00 p.m. to 1:00 a.m., and each team is guaranteed three two-end games. Scoring is determined by the rules left in an envelope on each sheet – for example, maybe only the red rocks in the twelve-foot count, or all yellow rocks behind the back line count. Hogline infractions draw the “silly hat” penalty. While the games take place on the ice, those who are waiting their turn are upstairs in the club room enjoying the “social” part of the evening, with music, food and bar. Spectators are welcome to join in (for a fee, of course), and there’s a 50/50 draw throughout the night as well. And let’s not forget the bonspiel King and Queen, titles given to the most outgoing male and female participants. 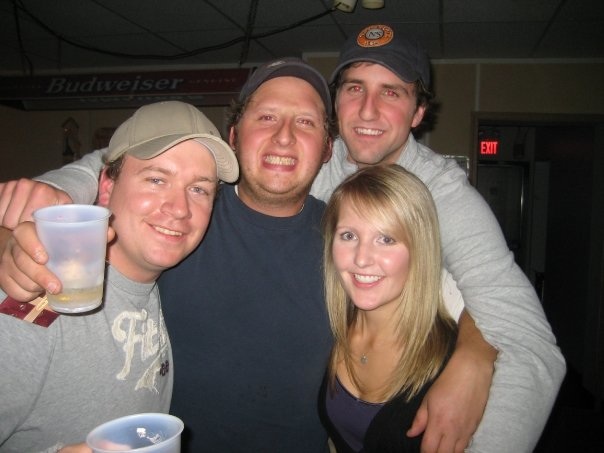 “Teams also dress up in costumes therefore we also award a prize for best dressed. Each event has raised thousands of dollars and all proceeds are donated to the Kenora Curling Club,” says Wojtowicz. It sounds much like any fun social spiel at any other curling club, but the organizers approach their planning a bit differently than most. “To advertise our event we use Facebook, where we can reach a numerous amount of people,” Wojtowicz explains. “It’s an open event where friends can invite friends. This Event page gives details on the event and contact information to enter teams. Facebook users use the event page to register their team, ask questions, etc.” For bonspiel organizers or club managers who aren’t familiar with this particular social media tool, ask one of the tech-savvy members of the club to create a page, monitor activity, and help with communicating information about your event. 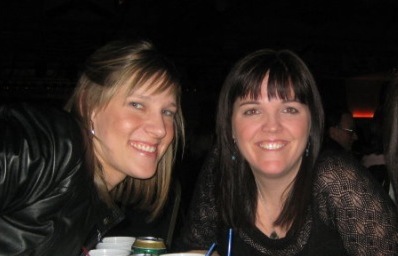 Social media may be a new tool for some curlers and bonspiel organizers, but in this case, Wojtowicz and Duggan have proved that Facebook can do the job of spreading the word: the overwhelming response of their Facebook Event page has forced them to expand the spiel to include 48 teams. That’s almost 200 curlers and additional spectators filling the club, spending money at the bar, and having a great time on and off the ice. Not a bad way to attract potential new members. Wojtowicz knows how effective Facebook can be as a bonspiel organizing tool: “The use of this social media is an easy way to reach a large base of people and to keep everyone who has joined the event updated on details of the event.”