A coach can make a big difference in a player’s development, especially when it comes to the young, impressionable generation. I have seen firsthand how good coaching has had a positive impact and I believe it’s important to acknowledge the vital role these dedicated individuals play with the young players. [Coaching is] unlocking a person’s potential to maximize their own performance. It is helping them to learn rather than teaching them. – Whitmore 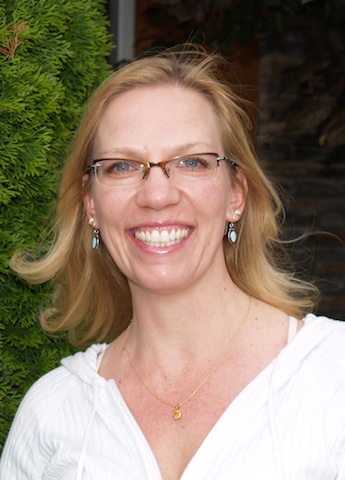 “Anyone who wants to learn, have fun and practice their skills, I want to be there, always with a big smile.”(Photo courtesy S. Burechailo)

Meet Sherrie Burechailo – a club coach from Penticton, B.C. Though Burechailo will say that she was “voluntold” into the role at the Penticton Curling Club, she has been more than enthusiastic about her new position and is pouring her heart and soul into running the junior program. “I love jobs that I feel in some way benefit the entire community,” says Burechailo. “I really enjoy working with the kids – they have so much energy!” Burechailo approached the task with the same effort she puts into everything in life – 110 per cent. She immediately started building a plan for the season and enrolling in one of the Club Coach programs offered through Curl BC. The course opened her eyes to the updated curling techniques and how to gain practical skills, such as delivery analysis. This is something Burechailo will tell you that every coach should take before starting their coaching journey. Burechailo encourages other parents and friends to volunteer an hour or two of their time, as there is always a need for more junior coaches at clubs. “It’s very rewarding!” Burechailo hopes to continue to grow the program based on her five year plan that includes a more formalized, strategic and professional approach. She hopes to create a sense of enthusiasm around the sport and tap into a few great kids to provide them with that opportunity to become more elite curlers. “I don’t see a point in my life where I’ll ever grow out of the sport,” says Burechailo. “Anyone who wants to learn, have fun and practice their skills, I want to be there, always with a big smile.” Curling was a part of Burechailo’s life at a young age. She grew up in Rosetown, Saskatchewan, where she began curling in junior high (interesting fact – she is the cousin of Sherry Middaugh, four-time Scotties finalist). After taking a 20-year hiatus, Burechailo has returned to the sport with full force. Not only does she coach the junior players at the club and play herself, but she is also heavily involved in the organizing for the 2013 Continental Cup. We will be catching up with Burechailo during the season for the inside scoop on what it’s really like to be a junior coach– stay tuned! Good curling and may the rocks be ever in your favour! 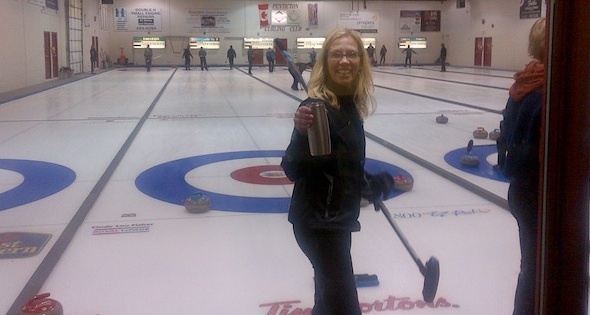