The Host Committee for the 2012 Capital One Canada Cup of Curling has announced the winners of the SaskEnergy Junior Stars program that will provide 14 young curlers a first-hand experience of championship curling during one of the most prestigious events of the season  November 28-December 2 in Moose Jaw’s Mosaic Place. “We’re proud to join SaskEnergy in welcoming our lucky winners to the Capital One Canada Cup team,” noted Host Committee Chair Danielle Sicinski.  “SaskEnergy has been an amazing partner in providing this opportunity to some of our stars of the future.” The competition was open to all Saskatchewan curlers between the ages of 11 and 19 with each entrant submitting an essay describing: “How I give back to my community”. The girls selected to take part are Kassidy Silbernagel, Brett Day, Harper Rae, Eden Stevenson, Amelia McMullin, Sarah Hoag and Rebecca (Becca) Garner.  The boys will be represented by Carson Ackerman, Lane Greenwood, Logan Wild,Travis Tokarz, Dustin Mikush, Matthew McKenzie and Troy Harms. The winners receive a ticket for themselves and two parent/guardians, an official Junior Stars jacket, a gift package compliments of SaskEnergy and the Capital One Canada Cup, a photo with their team and introduction at a pre-game ceremony. “It’s always great to see how excited these kids are to be chosen as Junior Stars,” said Shannon Doka, Community Involvement Leader for SaskEnergy. “It’s a wonderful experience for them and we’re proud to be a part of making it possible.” SaskEnergy has sponsored the Junior Stars program for previous championships in the province including the 2012 Tim Hortons Brier, 2011 Ford World Men’s Curling Championship and 2010 Ford World Women’s Curling Championship. “You Gotta Be There” when the Junior Stars join the biggest names in the game for the 2012 Capital One Canada Cup of Curling.  Get your seats in  Mosaic Place by clicking here. 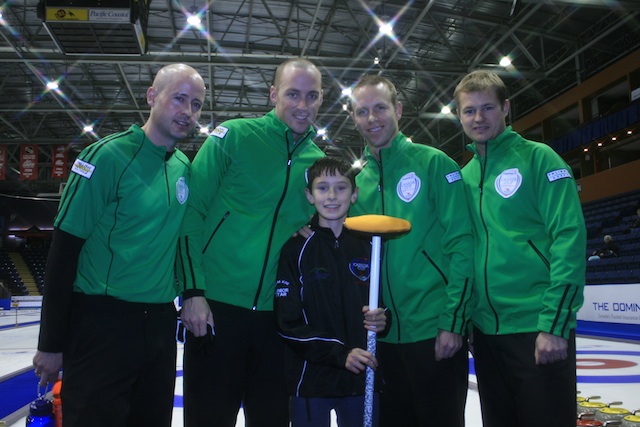