Round robin play began at 2012 The Dominion Curling Club Championship, being held at the Scarboro Golf and Curling Club, with men’s and women’s teams on the ice for their first draws Monday afternoon and evening. Between draws, the official opening ceremonies saw an enthusiastic crowd filling the club to cheer the 14 provincial and territorial teams march their flags onto the ice behind Event Chair Leigh Armstrong. Draw 1 – Men’s 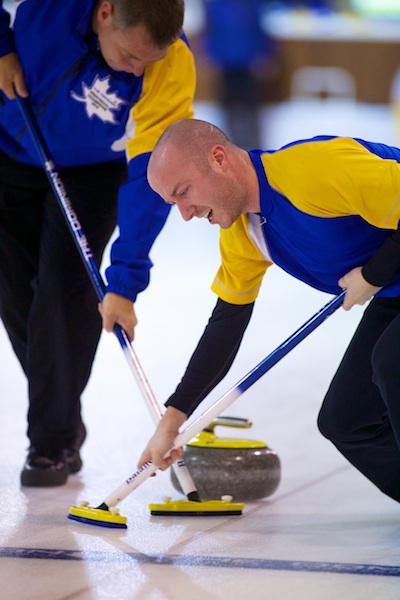 Northern Ontario’s Russ Mellerup of the Port Arthur Curling Club, who had to call for a spare when his third Dan Kukko was injured, battled to an extra-end 6-5 victory over New Brunswick’s Marcel Robichaud of Curling Beausejour. Alberta, Dan Sherrard and his rink from the Crestwood Curling Club in Edmonton, needed just six ends to secure a final 8-1 win over Yukon’s Ray Mikkelsen of the Whitehorse Curling Club 8-1. Ontario’s Jordan Keon of the Richmond Hill Curling Club defeated Nunavut’s Edmund MacDonald (Iqualuit Curling Club) in seven ends by a score of 7-3. Manitoba’s Steve Irwin of the Brandon Curling Club, beat British Columbia’s Richard Brower (Peach Arch Curling Club) after seven ends with a final score of 5-2. In a battle of the Atlantic Provinces, Newfoundland and Labrador, skipped by Paul Harvey of the Remax Centre in St. John’s, fell to Nova Scotia’s Wayne Sangster and his team from the Bluenose Curling Club in New Glasgow, 8-2. In the other Draw 1 game, Saskatchewan’s Brian Humble, of Saskatoon, led throughout the game against Quebec’s Richard Faguy (Buckingham Curling Club), winning 4-2. Draw 2 – Women’s In Monday night action, Team Quebec, skipped by Sonia Simard out of the Amos Curling Club, was the first team to finish in six ends, defeating Saskatchewan’s rink skipped by Danette Tracey (Weyburn Curling Club) by a score of 9-0.  Team Nunavut’s Geneva Chislett, enjoying her fourth trip to The Dominion Curling Club Championship, made her first event appearance holding the broom as skip. Playing against Caroline Deans’ Ontario rink from the Quinte Curling Club, the score after seven ends was tied at 4-4, but a close call on last rock of the final end gave Ontario the 5-4 win. One of the games that had the crowd on edge was Manitoba vs BC. After two ends, Manitoba’s Lori Pelissier, of the Thistle Curling Club in Winnipeg, led by a score of 5-0. Deb Goodwin and her team from the Comox Valley Curling Club didn’t let that lead stick for long, battling back in the next three ends with steals to tie it up at the end of the fifth, and then to go up by one after six ends. The tides turned back in Manitoba’s favour in the seventh, and they took the game in the eighth with a final score of 9-6. Rounding out the scoreboard, Monday evening’s final scores were: Alberta over Yukon 8-4; Nova Scotia over Newfoundland & Labrador 6-2; New Brunswick over Northern Ontario 10-4.  Both men’s and women’s teams from PEI and Northwest Territories had byes. Round Robin play continues until Thursday, with the finals set for Saturday afternoon. Fans can follow the scoring and check standings on the championship site. The Dominion Curling Club Championship is Canada’s first national championship for men’s and women’s curling teams at the club level. 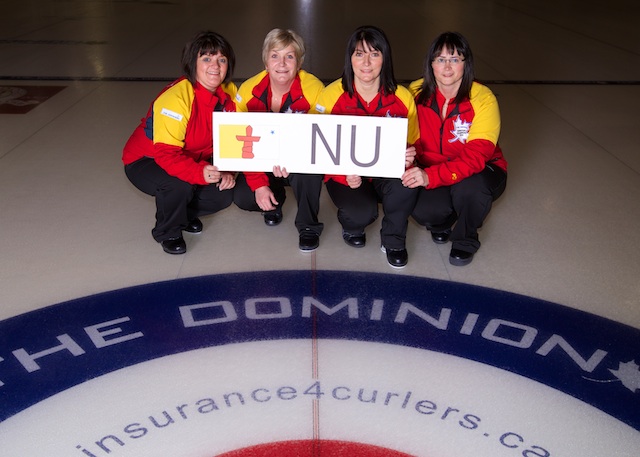