Here are the recipients of the All Star Awards at the 2013 Canadian Mixed Curling Championship held at the TMR Curling Club in the Town of Mount Royal, Quebec. All Stars are chosen by the highest shooting percentage  at each position for play in the round robin portion only. Any ties are broken by the plus/minus category. This category is defined by the number of games a player out-shoots an opponent by 5% or more or, is out-shot by 5% or more. The final tie-breaker is the best draw shot distance from the player’s draw(s) to the button for hammer before the games. 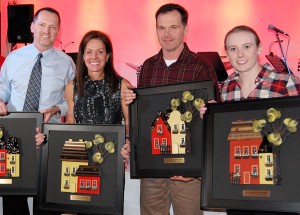 All Star Lead Jane Snyder (NS) 84% All Star Second Del Shaughnessy (AB) 82% All Star Third Cheryl Bernard (AB) 82% All Star Skip Brent MacDougall (NS) 81%         The Sportsmanship Awards for the 2013 Canadian Mixed are voted on by the players for the two athletes – one male, one female – who exemplify excellence in curling ability, sportsmanship and team spirit. The winners were Brent MacDougall (NS) and Stephanie Crocker (NT) 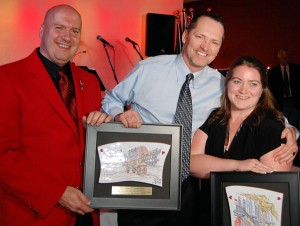