A victory at the 2012 Scotties Tournament of Hearts – the Canadian Women’s Curling Championship – earned Heather Nedohin the right to compete as Team Canada in this year’s Scotties in Kingston. 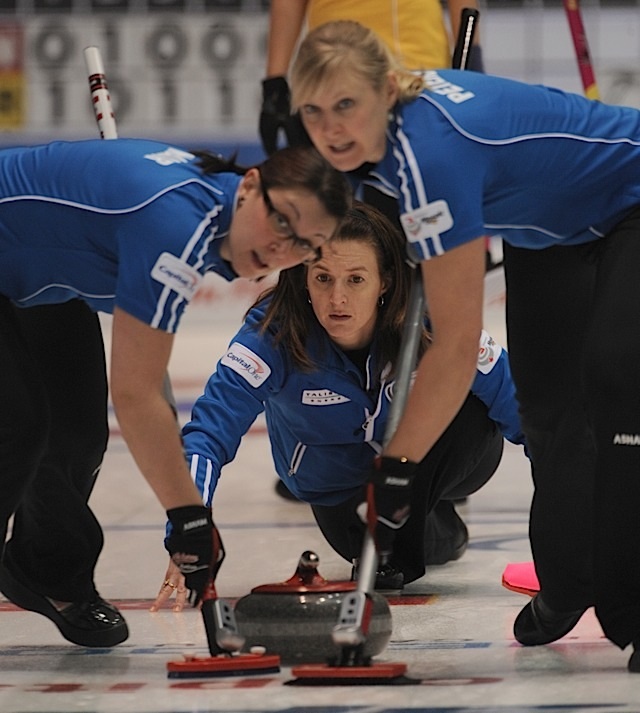 It also put the Alberta squad on the Team North America roster for the 2013 World Financial Group Continental Cup of Curling, January 10-13 in Penticton’s South Okanagan Events Centre. Nedohin, along with her support crew of Beth Iskiw, Jessica Mair and Laine Peters, will be part of the six-team lineup that takes on Team World in the ninth edition of the international competition – with the series currently tied at four wins apiece. After taking the national title, the Nedohin team represented Canada at the 2012 Ford World Women’s Curling Championship in Lethbridge where they won the bronze medal. Nedohin emerged on the competitive curling scene in 1966 when she led her young Alberta team to the top of the podium at both the Canadian and World junior curling championships. In 1998, playing third for Alberta’s Cathy King, she won her first Scotties Tournament of Hearts crown and a bronze medal at the Ford World Women’s Curling Championship. Nedohin has appeared at the Scotties four times, skipping the Alberta representatives in 2000 and 2012. “You Gotta Be There” in the South Okanagan Events Centre for the 2013 World Financial Group Continental Cup of Curling.  You can see the biggest names in the international game by clicking here to get your tickets today.