Inside Junior Curling: Curling in the North with Thomas Scoffin

In this week’s edition, we’ll turn our attention to junior curling in the northern part of our country – Yukon, Northwest Territories and Nunavut. 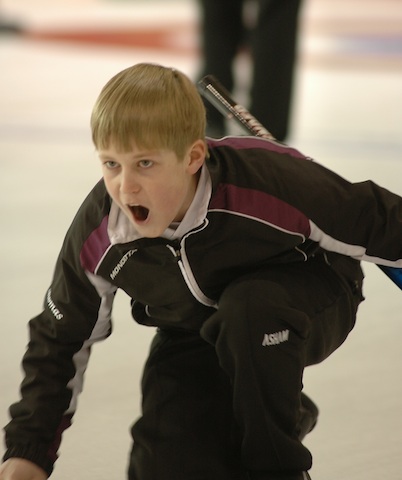 I had the opportunity to chat with one of the most successful and recognizable juniors in recent years, Thomas Scoffin from Whitehorse, Yukon. Scoffin holds the title of being the youngest skip in Canadian junior history with six Canadian Junior Curling Championships appearances under his belt starting at age 12. He skipped his way to three Arctic Winter Games, winning gold in 2008 and silver in 2006 and 2010. Scoffin has also skipped the Yukon at two Canada Winter Games, in 2007 and 2011. Most recently, he was selected as the skip of the team representing Canada at the 2012 Winter Youth Olympic Games in Innsbruck, Austria. Living and competing in the north brings different challenges for competitive teams. There aren’t many other junior teams to compete against and the ones that are around are so spread out that they only tend to see each other at national competitions. This forces teams to play against adult teams, as well as travel south to compete against junior teams in the nearby provinces. Some teams are able to receive funding, however that does not always cover all expenses. Scoffin is quick to attribute his success not only to having worked hard at the sport, but mainly to having a great group of four players growing up and the opportunity to compete at nationals in successive years. “[Competing each year at nationals] is the main reason that my teammates and I have come so far,” states Scoffin. “Nationals is where you get your best competition. Without that opportunity, we wouldn’t be where we are today.” 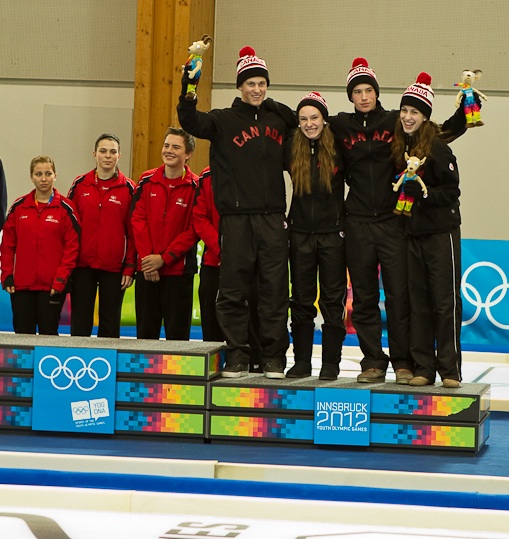 This leads Scoffin to have a unique perspective on the new relegation system being put in place to qualify teams to nationals. Relegation means the bottom four teams in the standings from the previous year’s national championship will be relegated into a four-team double knockout the following year, with only two of those squads winning their way back. “From personal experience, if that rule was in effect when I was first starting [competitive curling], I don’t think I would have had any opportunities, as our team wouldn’t have been strong enough to qualify,” says Scoffin. “I recognize that it’s tough to find an inclusive format for everybody, but I would be concerned that it would deter [young curlers in the north] from starting to curling competitively.” One benefit to growing up with an interest in sports in the Territories is the opportunity to get involved in sport from a young age. “If you find a sport you like and you’re half good at it, you have a chance to travel and be part of a team. Once you grasp [the sport], the person tends to really take off with it,” says Scoffin. Though it is very positive, Scoffin notes that there could be a potential downside to this for future competitive curlers. “Recreational curling is alive and well, however [not being guaranteed a spot to compete at nationals each year] could be a deterrent for up-and-coming competitive teams. They can choose to switch to any other sport. It would really hurt junior curling in the north.” Despite the change in rules creating a new challenge for northern teams, Scoffin sees the future as bright with some promising young players coming up the ranks. Keep your eye trained northward for Scoffin and other young players emerging! Good curling, happy holidays and may the rocks be ever in your favour!