Let’s start off the year with a reflection on one hugely significant event for junior curlers around the world in 2012 – the Youth Olympic Games. 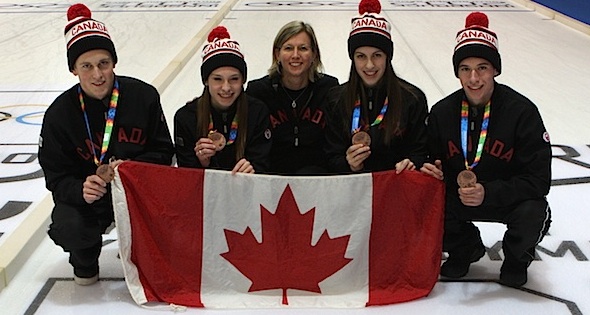 Four talented players, Emily Gray (P.E. I.), Derek Oryniak (Manitoba), Corryn Brown (B.C.) and Thomas Scoffin (Yukon), were selected to compete in the first ever Winter Youth Olympic Games held in Innsbruck, Austria. We’ve heard about their story from the Games (read more about the whole journey here), but what has happened since they have returned to Canada? 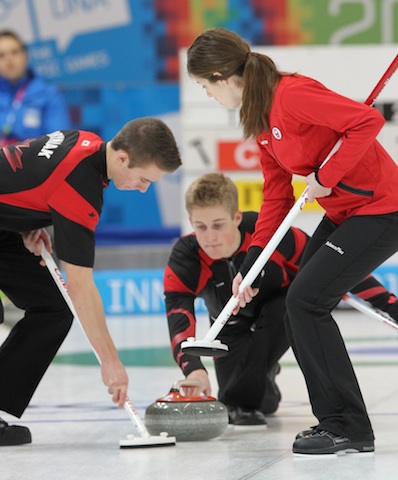 The team returned to supportive friends, curling clubs, communities, celebrations and even a few surprises. “A fire truck picked me up from home and paraded me around town,” reminisced Gray. “So many people came to the windows and came out to the street of my small town. The support was overwhelming!” Within moments of speaking with all four of these remarkable young people, I was struck by their maturity, drive, humility and especially their team cohesiveness. “[The fact that] we just clicked right away was not what I was expecting. Four teammates couldn’t have come together better than us four,” stated Scoffin. Though the four players hit it off right away, they did have a few things to adjust to, as all new teams do. Fortunately, they had the support of the CCA, trainers, sports psychologists and dedicated coach, Helen Radford (Nova Scotia). “Helen prepared us so well,” says Gray. “I cannot talk her up enough!” Gray’s teammates echoed her thoughts as it was very apparent that the team had tremendous appreciation for their coach. 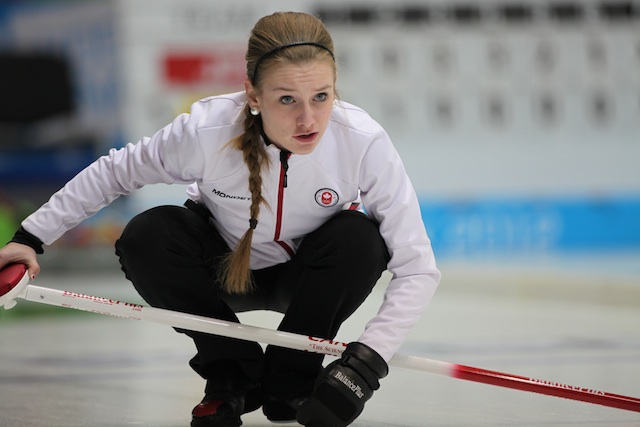 “The credit goes out to Helen for getting us fully prepared for the event,” said Scoffin. “I learned so much from Helen and took so many things away with me. I’m still using those techniques today.” Each of them returned to their respective competitive teams with newfound knowledge, confidence and drive. “My mental game is a lot stronger as a result of my experience in Innsbruck,” reflected Brown. “I’ve improved for my junior team. The whole experience gave me a totally different outlook on curling.” “People who realize that team dynamics are so important are the people who will succeed,” said Gray. Are they hungering to get back to the world stage? You betcha! “In the future, I’d like to go to the Brier, represent Canada at the worlds and Olympics,” stated Oryniak. “Though [my competitive team] is focusing on one level at a time and trying not to think too far ahead. The main goal is to get out of the province, then to go to nationals and win junior worlds.” With their positive attitudes and sharp skills, I have no doubt that ‘success’ is a word that will follow these four throughout their curling careers. Perhaps we’ll be hearing more from them sooner rather than later with junior nationals just around the corner. Best of luck to all those in their respective provincial and territorial playdowns! Good curling and may the rocks be ever in your favour! 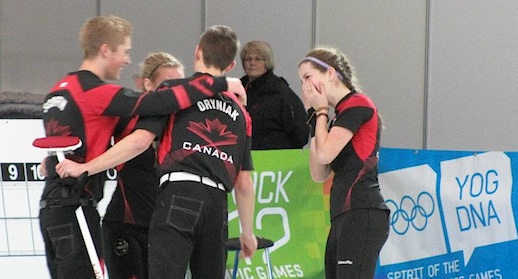