PENTICTON, B.C. — Team World stopped some of the bleeding on Saturday afternoon at the World Financial Group Continental Cup, presented by Monsanto. The host Team North America had won five straight sessions at the South Okanagan Events Centre in curling’s version of the Ryder Cup, but Team World was able to win one game and tie another in women’s team encounters on Saturday to split the three available points. 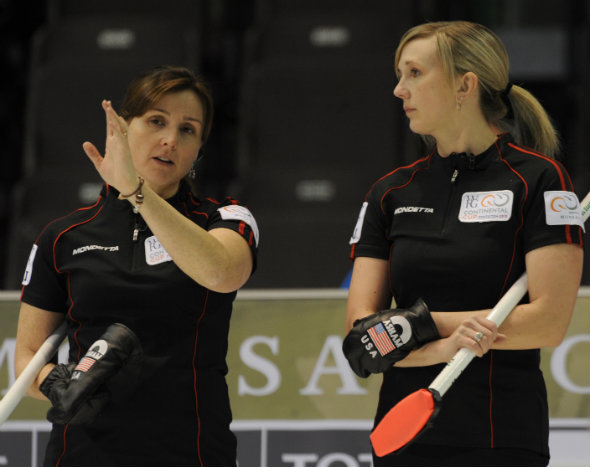 That leaves Team North America with a still-healthy 17.5-9.5 lead in the overall points race; a total of 60 points are available, meaning the first team to 30.5 points will win the WFG Continental Cup, although Team World, as defending champion from last year’s event in Langley, B.C., would retain possession should the teams each win 30 points.