PENTICTON, B.C. — Team North America is taking a nine-point lead into the final day of the World Financial Group Continental Cup, presented by Monsanto. And while that may seem like a healthy lead in curling’s version of the Ryder Cup, it should be noted that 30 points will be on the line on Sunday at the South Okanagan Events Centre in six skins-format games, meaning that a Ryder Cup-style final-day comeback like the one mounted by the Europeans last year at Medinah isn’t out of the question. 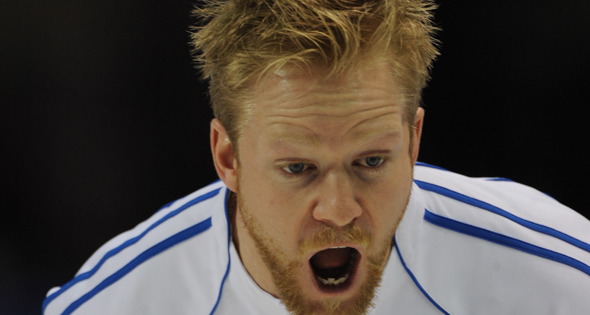