Road to the Brier – East Update

Competitive curling gets down to serious business in Atlantic Canada at the end of the month with the start of playdowns to fill out the field for the 2013 Tim Hortons Brier, March 2-10 in Edmonton’s Rexall Place. 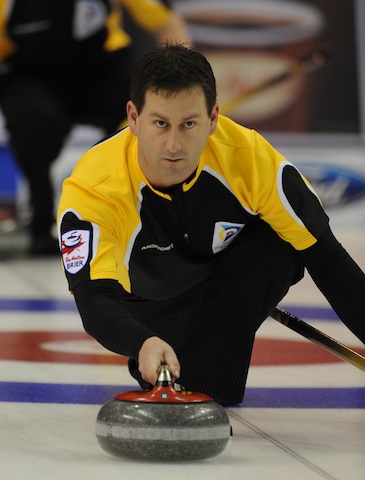 James Grattan is competing in the New Brunswick men’s championship, looking for a tenth trip to the Brier. (Photo CCA/Michael Burns)

The action gets underway in New Brunswick, January 30-February 3, at the Gladstone Curling Club in Fredericton Junction.  The eight qualifying teams include defending champ Terry Odishaw and Brier veteran James Grattan, shooting for a tenth trip to the Canadian Men’s Curling Championship. The St. John’s Curling Club at the RE/MAX Centre is the setting for the Newfoundland/Labrador playdowns, February 5-10.  Brad Gushue, 2006 Olympic gold medallist, leads the field in his quest for a tenth appearance at the Brier.  Gushue is looking for his seventh consecutive provincial title.  There’s a new face in the crowd this year with Shawn Adams – a four-time Nova Scotia champ and silver medallist at the 2005 Brier – making the move to Newfoundland/Labrador. The top teams in Nova Scotia will also meet February 5-10, at the Truro Curling Club. Jamie Murphy returns to defend his 2012 championship title, along with 2004 Brier winner Mark Dacey. In Prince Edward Island, provincial play runs from February 6-10 with a 10-team field that includes Rod MacDonald, Eddie MacKenzie and Mike Gaudet – all backed by previous Brier experience. Updates will be posted on the Tim Hortons Brier website as provincial representatives are crowned across the country. “You Gotta Be There” when Canada’s best compete for the legendary Brier Tankard at the 2013 Tim Hortons Brier in Edmonton.  Get your tickets today by clicking here. 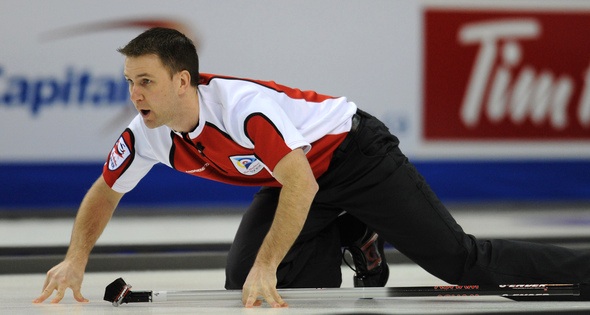