Countdown to the 2013 Tim Hortons Brier

One team has already booked a ticket to Edmonton, and 11 others will be making travel plans over the next two weeks as the field shapes up for the 2013 Tim Hortons Brier, presented by Monsanto. Jamie Koe’s team from Yellowknife has claimed the Yukon/Northwest Territories title, meaning he will skip in his seventh Canadian men’s curling championship, and fifth in succession, when he arrives at Rexall Place in Edmonton for the 2013 Tim Hortons Brier, which runs March 2-10, 2013. Koe’s team finished fourth at last year’s Brier in Saskatoon; it was the first time a Territories team had ever made the playoffs since the format was introduced at the Brier in 1980. 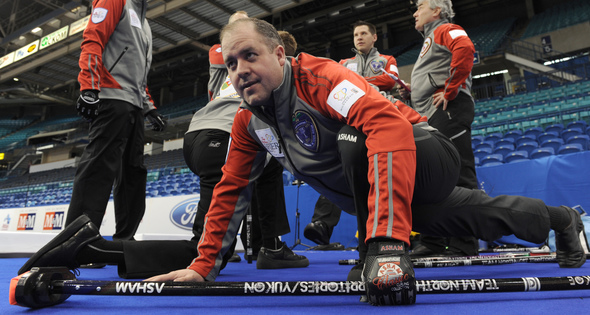